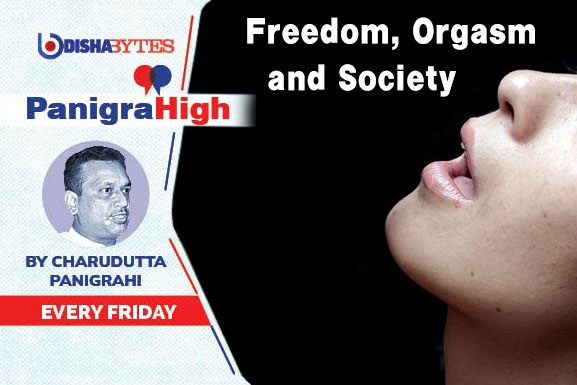 There is no reason to observe an International Female Orgasm Day (August 8), but for the skulking of the society. We respond to enforcements and drills more often than to internalization. Every moment, reams (& bytes) of theses and dissertations flaunt studies on ‘female sexuality’. There is no dearth of knowledge but complete lack of practice and recognition in daily life. Neglecting the need for or apathy towards female orgasm is a manifestation of gender-based violence. Social conditioning reinforces that a man’s need and desire to orgasm continues to be a bigger priority than addressing the sexual wants of a woman. This is changing fast but the deep seated ‘selfishness’ of men has always kept intimacy on tenterhooks. Intimacy can never be attained with such abusive treatment of the woman’s body, senses and longings. Arimateio Dantas, a civil society leader in Espertina, Brazil, and a Councilman, realized that with multiple health programs around sexual and reproductive health implemented around the world, there is a greater need for raising awareness of female sexuality. Women have been brutally denied the right to explore their bodies or have expectations in sex. At least one day, August 8 every year, would remind all of us about our cruelty in ignoring orgasm as a significant need of women. Men, partners need to be shaken out of their oblivion, deliberate or otherwise.

Two-third of women do not orgasm every time they have sex. Surveys have indicated that men have orgasm, but women do not reach the climax in sexual encounters. I don’t go by the statistics of these surveys as they are simple extrapolations, but it is common knowledge that over 70% of Indian women do not have an orgasm while over 80% men do. There is a gaping orgasm gap. The woman is betrayed because a sexual encounter is between two persons and one can’t get over and not care for the other, with whose help he has reached there. Even today, with all exposure to sexual health related content in the media, most men do not understand or care to respect the female anatomy. They are callous even to realize the massive impact it has on the woman’s health, physiological and psychological. This patriarchy has denied woman her own pleasure she has a right to. This is the Creator’s unique gift.

Sensitization in sexual health and anatomy is the foundation of body consciousness. Svadhisthana chakra is in the shape of a moon crescent, which represents the relationship between the tides of water and the phases of the moon. Such is the body’s innate response to the high and low of nature’s tempest and ebb. In Sanskrit, Svadihsthana means “where your being is established.” Our beings are in complete congruence with nature if we allow them to be. They are ready and are made for that. We are our own demons, standing in the way. Pornography can never be the information manual on sex. Porn is severely damaging to a healthy body and mind. It is slow poison.

Orgasm is not essential for biological reproduction. But it is necessary for spiritual growth. The ‘utilization’ of female body for reproduction and unilateral satiation of man’s sexual pleasure is the birth of misogyny. This reflects the inherent fear of man. Woman is much more powerful, and this creates a deep running power depravation for man. He has the capacity for only one orgasm, and she has the capacity for multiple orgasms. Man might be beefy but lacks internal strength and staying power. Man’s sex is bodily, centered around genital. He is shallow. But woman’s sensuality is spread all over her body. She yearns for the honour and the treatment that would give her the crescendo, where thinking stops. That point of no point. That orgasm is the moment of magic and eternity is what she believes in and wants to travel there. She needs a co-traveler. But if the co-traveler is unaware, unconscious and ungiving, what can she do? He is drowned in his senseless ego and self-adulation. The truth is that he has failed if he doesn’t have the capacity to complete a journey of bliss, together. For thousands of years, millions of women around the world have lived and died without knowing the greatest natural gift — of orgasmic joy. They have suffered due to man’s utter disregard for intimate partnership. Intimacy is a full-length journey, not a mid-course, febrile exit.

The orgasmic experience of inexpressible bliss has certainly given humanity the idea of meditation and moderation. This is the result of genuine, love, intensity and vitality. It is nature’s signal that one can contain within oneself a whole universe of blissfulness. It opens the door to a satiating duet, the paradise. But for many the door has never opened. They lived, produced children, did household chores and they die. They were used by biology and man, as children producing machines. He has been the master only by might and violence, and she the slave. She has been auctioned, sold, she has been burnt alive and all inhuman gore perpetrated on her. Because man is paranoid of her evolvement and carries terrible inferiority complex. He is clueless about salving satisfaction and serenity in the relationship. He wants to run away after his orgasm. Woman is capable of producing life; man is not. We are because she is.

March 8 is celebrated as International Women’s Day and August 8 is International Female Orgasm Day. Woman is the epitome of harmony, peace, serenity, patience, silence. Man has the quality of courage, adventure, rebel, leadership, exploration. A great society needs both to be bonded intimately. But let man demonstrate his courage and strength where it matters.

Happy ending is not only for men.