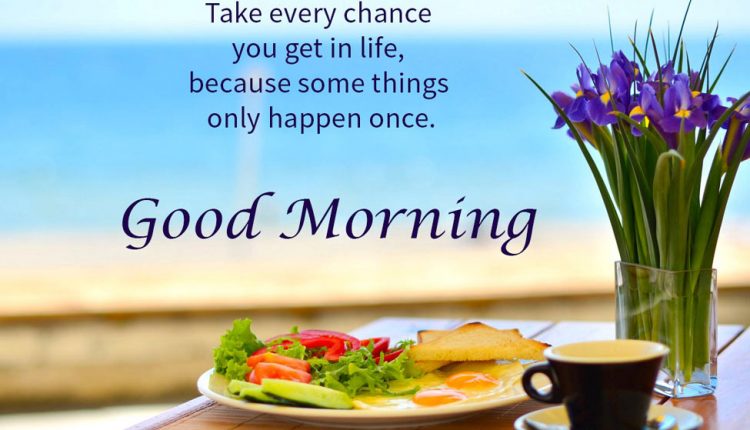 New Delhi: Good morning messages have become the scourge of the internet. Good morning with a flower, a cup of tea, a photo of the sun, a beautiful landscape, a bubbly baby and what have you. India has more than 390 million Whats App users and they are literally breaking the internet. If your phone is freezing a lot and if your internet is taking forever to load, blame the Good Morning texts.

In fact, they are clogging the internet. One in three smartphone users in India runs out of space every day compared to one in ten in the US. Indians just love being on Whats App and many of them are active in multiple groups. So imagine multiples of Good Morning messages circulating in the whole country every morning! It wouldn’t be wrong to say that India’s GM messages are causing an internet traffic jam. And folks at Silicon Valley are clueless.

The saddest part is that the culprit behind the scourge is also the most vulnerable population – the older generation. They are the ones who are obsessed with GM forwards. Since they are new to technology, this is their way of adapting to the changing times. They have a set template.

In the last five years, there’s been a tenfold rise in the search for GM pictures and in India, a ninefold increase in people downloading them. These pictures end up on our phones. The only way out is to keep clearing our phones or not download these forwards.

But what can you do if the people sending the forward are your own parents? This is probably their only way of confirming your welfare and feeling close to you if you are away from them. In fact, it is a telling statement of our society, in which much of the older populace is living a secluded life and Whats App forwards is their only window to the world. This, unfortunately, is their only mode of communication.

The only way out of this Catch-22 situation is to make them well-informed about technology without hurting their sentiments. The onus is on the younger generation to make them aware and gently tell them that even a simple text message will get their message across.

The other larger solution is to strive to revive the family unit again and not let technology become a family member.