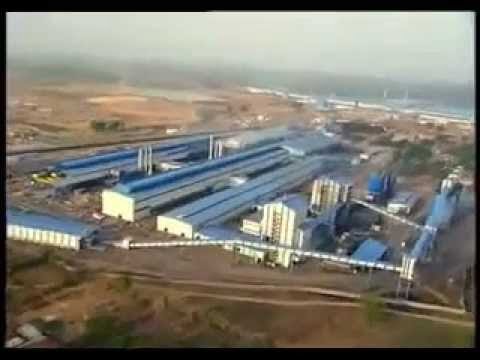 New Delhi: Vedanta Limited’s Rs 1,240 crore proposal to expand the capacity of its aluminium smelter unit in Odisha’s Jharsuguda from 1.6 to 1.8 million metric tonne per annum (MMTPA) has hit a roadblock.

The proposal has been turned down by a 15-member Expert Appraisal Committee (EAC) of the Union Ministry of Environment, Forests and Climate Change (MoEF&CC) headed by chairman Dr Chhavi Nath Pandey.

The reason: The Anil Agarwal-led company has failed to implement the terms and conditions, which had been imposed upon it in lieu of the green clearance given to it 13 years ago.

The expert committee, which met on August 12-13, 2021, said no tangible effort has been taken to comply with the Environmental Clearance (EC) conditions:

1. The fluoride consumption in the Smelter Plant is at 10.78 Kg/T Al, which is not in compliance with the Charter on Corporate Responsibility for Environment Protection (CREP) guideline. Fluoride consumption has to be brought down to CREP standards of less than 10 kg/t.

2. The utilization of spent pot lining waste by the cement and steel industries are yet to be implemented.

3. Green belt developed in 27% of the total area as against the required 33%.

5. Though five reserved forests exist within the 8-km radius of the project site, prior permission from the State Forest Department regarding the impact of the existing project has not been obtained till date.

The panel further said that Rs 77.35 crore set aside by Vedanta for environment management as a proportion of the total capital expenditure on the expansion project is far less (6.2%) than the world benchmark of 15-20%.

It termed Vedanta’s need for additional land for ash disposal unjustified since it had claimed that it was utilising 100% fly ash generated by the captive plant and the pond ash will be liquidated in the next five years.

The committee, however, noted that a significant quantity of legacy ash stocks is still stored in the ash ponds located at three different locations in the vicinity of the project site. “No effort has been taken to quantify the legacy ash stocks and utilise the same,” it observed.

The committee has also recommended issuing a ‘show-cause notice’ to Vedanta. “Proposal to be returned in its present form and the same would be considered by the EAC after the compliance to the existing EC conditions has been achieved by the Project Proponent,” it added.

Notably, the Naveen Patnaik government had approved the proposal amid allegations that the public hearing was conducted hurriedly, denying people their right to attend it.

In June 2008, the then-United Progressive Alliance government had given the environmental clearance to Vedanta for setting up the 16 MTPA smelter, but EAC found that it was violating several norms and withdrew it.

In 2007-08, environment and forest clearances to the group’s bauxite mining and smelter expansion plans had stoked huge controversy leading to uproar at the national and international levels. This had resulted in the scrapping of the company’s plans to mine the eco-sensitive Niyamgiri Hills, inhabited by Dongaria Kondhs (a particularly vulnerable tribal group).

In 2010, the Environment Ministry had also ordered Vedanta to halt a sixfold expansion of an aluminium refinery in Kalahandi. The company and several tribal organisations have moved the Orissa High Court on the issue.

VAL had also shelved Vedanta University at Puri due to legal hassles and local opposition.