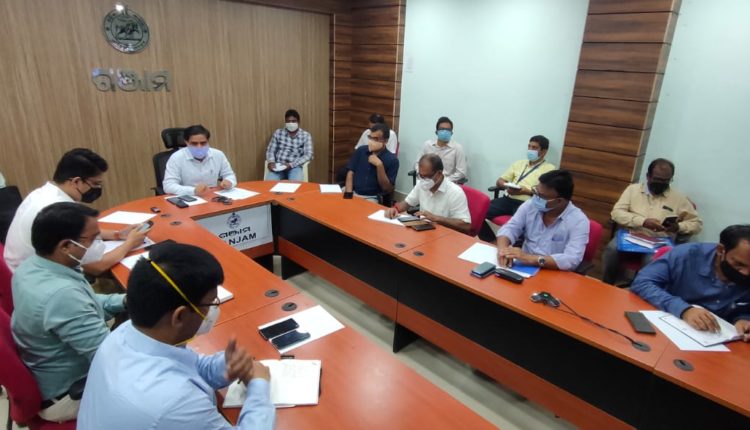 Berhampur: With Met office forecasting heavy rains in Ganjam district due to depression in Bay of Bengal on October 19-20, the collector has directed the government officials to remain in district headquarters till the end of this month.

At an emergency meeting of the district officers held through video-conferencing, district collector Vijay Amrit Kulange said since all the water bodies including dams, rivers and ponds are filled up due to heavy rain last week, the situation would escalate in case of further rain.

In order to carry out rescue and relief operations, the collector asked the officials not to leave the headquarters.

It was decided at the meeting that the families staying in mud, old and unsafe structures in the low lying areas of Aska, Patrapur, Sorada, Purushottampur, Chatrapur, Ganjam, and Berhampur would be shifted to safe places, cyclone shelters and schools. The people who would be shifted have to follow the COVID-19 guidelines.

The district administration has asked the families living in the low lying areas through public address system to cooperate with the field staff to move to safer places. If necessary, free kitchens would be opened.  Their food and clothes stored in the houses would also be kept in safe places. The pregnant women would be kept in nearest hospitals for three days.

The officers have been advised to upload ‘zoom’ app in their android phones to further streamline the action. The sub-collectors have also discussed with the sarpanchs to be ready in rural areas with support of social workers.

Experts Foresee Bright Future For IT Sector In Odisha