Hockey World Cup 2023: Cycle Tracks Restored In Odisha Capital, But Where Are The Mo Cycles? 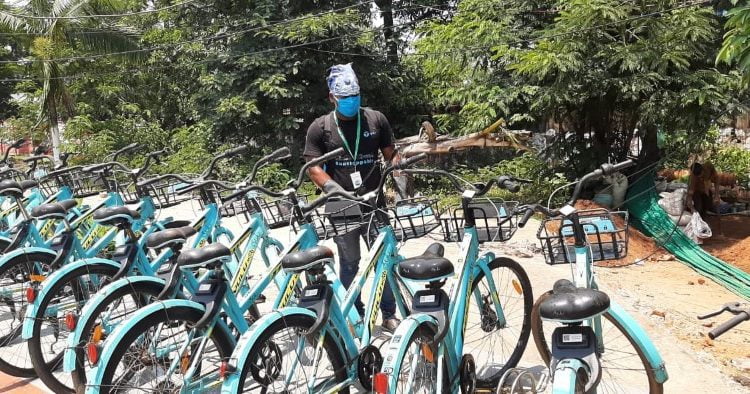 Bhubaneswar: The Odisha government has begun restoring the cycle tracks ahead of the Hockey World Cup, but the much-hyped ‘Mo Cycle’ initiative is in a wreck, resembling scrap yards at many places.

The initiative was launched in the Odisha capital during the previous edition of the FIH Men’s World Cup here in 2018.

It is being said that public bicycle-sharing system, introduced in the city with investment of crores, failed due to complete mismanagement of the administration.

Meanwhile, Bhubaneswar Development Authority (BDA) and Bhubaneswar Municipal Corporation (BMC), as part of the city beautification plan for the World Cup, have started painting cycle tracks that otherwise remain encroached throughout the year. But there is little focus on reviving the cycle-sharing system.

Out of around 2,000 cycles in the PBS system, around 1,500 are in usable condition, said sources. However, most of these cycles, covered in thick layer of dust, are rotting at docking stations due to poor upkeep.

“There has been no meeting yet on revival of the project prior to the World Cup,” The Times of India quoted an official from Bhubaneswar Smart City Limited (BSCL) as saying.