Hundreds Of Journalists Sacked: What Is The Future Of Indian Media? 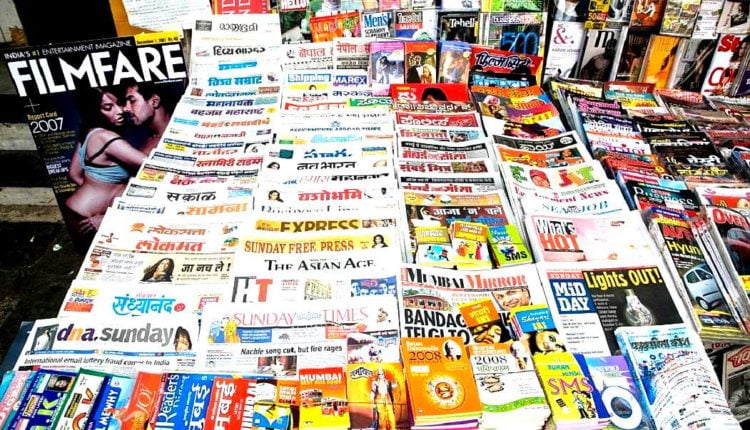 The media industry has never received as big a jolt as it has, in the past three months. Ironically, hundreds of journalists who had been bringing news of the coronavirus to people, very often putting their lives at risk, fell prey to the pandemic themselves by losing their jobs.

Many news and camera persons across the country, especially in the metropolitan cities were sacked almost overnight. The absence of any legal protection for journalists made it very easy for media houses to fire them without a warning or notice.

In an industry with 5,000 newspapers, thousand-odd magazines and 450 news channels, and 2000 news portals, except for a few, almost all are facing a crunch in the absence of advertising revenue. Yet, journalists even in places like Times of India, Hindustan Times, and Quint did not see the writing on the wall.

HT Media, the company that publishes Hindustan Times and Mint asked its employees to come to the office. One by one, employees were called in for brief meetings where they were told their stints at HT Media had ended. They were being laid off. A Hindustan Times employee was given the option to write his own resignation. Here is what he wrote on a blank sheet of paper: “I am not resigning by my own will. I have been forced to resign,” reported newslaundry.com. At least 100 employees in the company’s Chandigarh, Gurugram, Patna, and Noida bureaus faced the same fate.

At Times of India, journalists were reportedly given news of their sacking through video conferencing. An email by Sivakumar Sundaram, chairman of the executive committee at Bennet Coleman & Company Limited (BCCL), laid out the reasons for the decision: “Undoubtedly, as with the rest of the economy, a large and widely distributed business in the physical space, bears the brunt of the impact. From our perspective, in just a short period, our circulation has been impacted, supply chain disrupted; production and editorial working in a constrained environment and our sales teams are battling hard to garner advertisement revenues.”

“The unprecedented situation calls for tough calls in the short term, to ensure our long-term future is protected,” he summed up. Two weeks later, employees started getting the sacking order.

One of its senior journalists, Nona Walia, had written in her Facebook post about the lay-offs: “The entire team of Sunday magazine of Times of India asked to leave. Got a call from my boss Poonam Singh. Sacked after 24 years from a company I served with love for more than two decades. Wow.”

BloombergQuint, a Joint Venture between Raghav Bahl’s Quintillion Media and Bloomberg Media Group, sacked almost all of its broadcasting staff in April, a total of 90 employees of the broadcast team, 50 percent of its total workforce, were asked to leave.

An email to the affected employees by the media outlet’s HR department said The Quint had “robustly” dealt with “a grinding economic slowdown in India” over the last two years, but now the organisation faced “a truly unprecedented situation”.

Making note of the “double whammy” of the pandemic and the economic crisis, it said the website’s revenues “will be under severe strain over the next 3-4 months, at least”.

Why is it so easy to sack journalists in India?

Journalists were by and large well taken care of under the Working Journalist Act, passed by the government in 1955. However, things changed in the mid-80s when news organisations started the consultant model, giving them the liberty to hire and fire. Unfortunately, a majority of the journos fell for the bait of higher salaries and failed to read between the lines of their respective contracts, revelling in the moment. With contractual employment came the corporate culture and the Indian newspaper industry started running like any other business and not a public service as it once used to be.