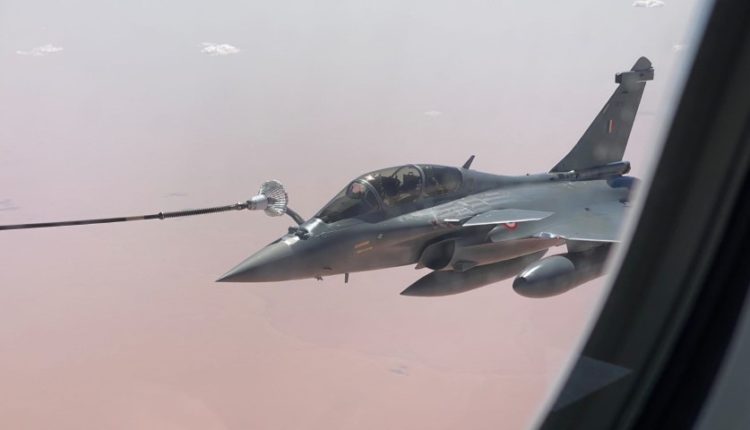 The Indian Air Force tweeted this afternoon sharing four images of the new Rafale fighter jets. In the photos, the fighter jets were shown refuelling mid-air from a French Air Force tanker.

In the tweet, the Indian Air Force expressed their gratitude towards the French Air Force for all the help. This refuelling took place before the scheduled stop-over at  Al-Dhafra Airbase in UAE.

The fighter jets took off from Merignac in southwest France, piloted by Indian officers, and will probably be at the Ambala Airbase by Wednesday after a 7000km journey and a pit stop at the UAE Airbase. They are accompanied by two A330 Phoenix MRTT refuelling planes from the French Air Force.

These aircraft are only the first batch of the controversial 36-unit deal worth Rs 59,000 crores that was officially initiated in 2016 and is expected to be completed by 2022. This first batch of the 36 stayed in France for the training of personnel, both pilots and mechanics.

The Rafale is a great addition to the Indian Air Force with its Meteor, Air-To-Air missile. They come with many India specific tweaks done to aid the aircraft in performing well.

Annada Sankar Das Back In Drugs Controller Post In Odisha