Speaking to Odisha Bytes on the impact of COVID-19 lockdown on the steel industry, Sharma said he expected India to remain a key exporter of certain flat steel products this year. “I feel the Indian mills may export a small quantity of HRC (Rockwell hardness measured on the C scale), but the export of cold-rolled coil, galvanized and colour-coated steel will continue in a big way,” he said.

Sharma said Indian steelmakers have exported huge volumes of steel during the COVID-19 crisis, and sales closed by JSPL have been at the very heart of this trend. JSPL switched its attention toward exporting steel at the start of coronavirus outbreak earlier this year, but it was only following the lockdown in March the steelmaker shifted its strategy into top gear. “We had started humbly by booking some export orders, and we found that demand was coming from all over the world – especially for finished steel from Europe and the Middle East, and for semi-finished steel from Asia,” he pointed out, adding, “But the moment the Indian government announced a lockdown, we resumed export bookings and sold more than 500,000 tonnes of steel. That saved us and we kept our plants fully running.”

Export orders led to JSPL recording a 5% year-on-year rise in steel and pig iron output in April. In contrast, some of its rivals, which decreased production after pausing some furnaces, registered a fall. Indian steel exports rose by 29.5% to 8.24 million tonnes in 2019-20, according to the Union steel ministry. 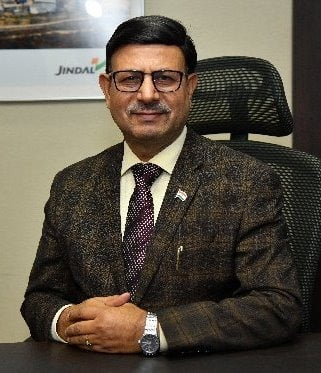 Sale in the domestic market became increasingly difficult after the lockdown. “The domestic market was down and domestic consumers were unable to receive cargoes because they did not have people to unload, forklift operators and crane operators. Whereas, the ports were open and we thought ‘why not send material to [ports in] the eastern side of the country?’” Sharma said.

In the post-COVID-19 world, European countries will move toward self-reliance in making critical machinery rather than on cheaper Chinese manufacturing, Sharma said. With steel required to make these machines and European steelmakers operating at reduced capacity, there was little prospect of EU authorities further restricting imports, he noted.

The government’s decision to declare steel an essential industry during the lockdown helped the mill, as did assistance from authorities in dealing with logistics, Sharma observed. “We approached the Railway Ministry and they said that inter-country transport was low because of the lockdown but ports are running because ports are international assets. [They said] ‘if you are exporting, we can support you,’” Sharma added.

Sharma believes Indian steel prices will perform more strongly in the coming two months than in the previous two, at least until monsoon rains begin to batter the South Asian country in early July. “The moment India’s automotive sector picks up, there will be large demand for CRC and coated steel along with forgings,” Sharma predicted.

Sharma expects construction activity to also gain momentum, with around 450 infrastructure projects nationwide scheduled to start between May and July. Despite the many challenges posed by COVID-19 outbreak, he is confident India will record year-on-year rises in both gross domestic product and steel production for 2020. But Sharma reserves the most ambitious target for his own company. He aims JSPL to produce 8 million tonnes of steel across India this year – that would be an increase of more than 29% year on year from 6.2 million tonnes in 2019.

Over 360 Migrants Airlifted From Jammu By Odisha Govt