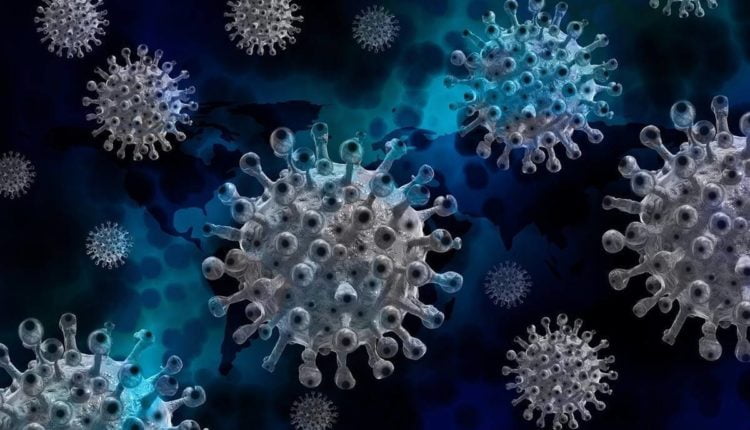 New Delhi: Long COVID is known to have a debilitating effect on patients. Exhaustion, pain, fatigue, pain, dizziness nausea, vomiting and diarrhoea are just some of the after-effects related to it.

Long COVID is a complex medical condition that can be hard to diagnose as it has a range of more than 200 symptoms – some of which can resemble other illnesses – from exhaustion and cognitive impairment to pain, fever and heart palpitations, according to the World Health Organisation.

There is no authoritative data on the frequency of suicides among sufferers. Several scientists from organisations including the US National Institutes of Health and Britain’s data-collection agency are beginning to study a potential link following evidence of increased cases of depression and suicidal thoughts among people with long COVID, as well as a growing number of known deaths, NDTV reported quoting Reuters.

“I’m sure long Covid is associated with suicidal thoughts, with suicide attempts, with suicide plans and the risk of suicide death. We just don’t have epidemiological data,” Leo Sher, a psychiatrist at Mount Sinai Health System in New York who studies mood disorders and suicidal behaviour was quoted as saying.

Among key questions now being examined by researchers: does the risk of suicide potentially increase among patients because the virus is changing brain biology? Or does the loss of their ability to function as they once did push people to the brink, as can happen with other long-term health conditions?

Sher said pain disorders in general were a very strong predictor of suicide, as was inflammation in the brain, which several studies have linked with long COVID.

“We should take this seriously,” he added.

An analysis for Reuters conducted by Seattle-based health data firm Truveta showed that patients with long COVID were nearly twice as likely to receive a first-time antidepressant prescription within 90 days of their initial COVID diagnosis compared with people diagnosed with COVID alone.

The analysis was based on data from 20 major US hospital systems, including more than 1.3 million adults with a COVID diagnosis and 19,000 with a long COVID diagnosis between May 2020 and July 2022.

The potential long-term effects of COVID-19 are poorly understood, with governments and scientists only now starting to systematically study the area as they emerge from a pandemic that itself blindsided much of the world, the report added.

While many long COVID patients recover over time, around 15 per cent still experience symptoms after 12 months, according to the University of Washington’s Institute for Health Metrics and Evaluation (IHME). There’s no proven treatment and debilitating symptoms can leave sufferers unable to work.

The implications of long COVID potentially being linked with an increased risk of mental illness and suicide are grave.

According to Reuters interviews with several dozen patients, family members and disease experts, time is a scarce commodity for a growing number of long COVID sufferers who say they are running out of hope and money.

According to Survivor Corps, an advocacy group for long Covid patients, it polled their membership in May and found that 44 per cent of nearly 200 respondents said they had considered suicide.

Lauren Nichols, a board member at the long COVID support group Body Politic, said that through contact with family members on social media she was aware of more than 50 people with long COVID who had killed themselves, though Reuters was unable to independently confirm the cases, the report added.

The US National Institute of Health is tracking mental health impacts as part of its $470 million RECOVER study into long COVID. Early results on anxiety and depression rates are expected by early September, but information on suicide will take longer, said Dr Stuart Katz, a lead researcher.

“What we do know is that persons with chronic illnesses are susceptible to suicidal thoughts, suicide attempts and suicide completion,” Richard Gallagher, an associate professor of child psychiatry at NYU Langone Health, who is part of RECOVER, was quoted as saying in the report.

Does the virus change the brain? According to Gallagher, there was some evidence that COVID can cause brain inflammation, which has been linked to suicide and depression even among people who had relatively mild disease.

“There may be direct, in some ways, toxic effects of the virus, and part of it will be inflammation,” he said.

Long COVID on average reduces overall health by 21 per cent, similar to total deafness or a traumatic brain injury, the University of Washington’s IHME found.

Although some experts expected Omicron to be less likely to cause long COVID, official UK data released this month found that 34 per cent of the 2 million long COVID sufferers in the country developed their symptoms after an Omicron infection.

A British government advisory group is studying the suicide risk for long Covid patients compared with the wider population while the state Office for National Statistics (ONS) is investigating whether it can assess upfront a long Covid patient’s risk of suicide as it does for people with other diseases, such as cancer.

“Health conditions that are disabling long-term may add to suicide risk, hence the concern over long Covid,” said Louis Appleby, a psychiatry professor at the University of Manchester and a UK government adviser.

Research in Britain and Spain found a six-fold increased risk of suicide among patients with myalgic encephalomyelitis/chronic fatigue syndrome (ME/CFS), another post-viral illness with similar symptoms to long COVID, when compared with the general population.