Makar Sankranti: ‘Curse’ Ritual Against Britishers Continues In This Odisha Temple For 173 Years 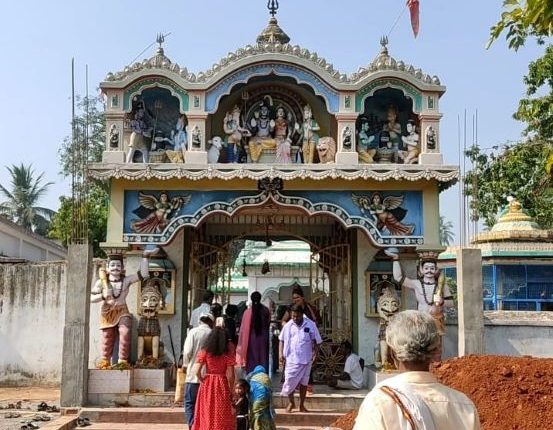 Berhampur: “Oh Lord Shiva! I am offering you puja with a prayer that the entire race of Britishers become extinct”. It is a curse that is wished by the Mahuri Royal family during the puja performed at Esaneswar temple in Golanthara, about 10 km from Berhampur in Odisha’s Ganjam district, on Makar Sankranti day every year.

The ‘curse’ ritual has been followed for the last 173 years. Reason, the British rulers had dethroned then Raja Sri Krushna Chandra Narendra Deo of Mahuri by unfair means in 1850. Since then, the royal family started performing ‘Shaiva Tantra Puja’ at Esaneswar temple on Makara Sankranti day.

Raja Sri Krushna Chandra Narendra Deo of Mahuri had donated 8 acre of land to Yudhistir Padhi of Sasanapadara to perform the ‘curse’ ritual. Padhi family has been continuing the practice since then and performed the puja this year also.

According to eminent historian Dr Ananta Ram Kar, Mahuri (the present Berhampur) was one of 22 zamindaris in Ganjam which were auctioned by the British rulers in 1850 after Raja Sri Krushna Chandra Narendra Deo was dethroned. The then value of Mahuri, which was the leading zamindari, was valued at Rs 50 lakh, but no Indian dared to come forward to bid for it and it was auctioned for meagre Rs 100, said Dr Kar. 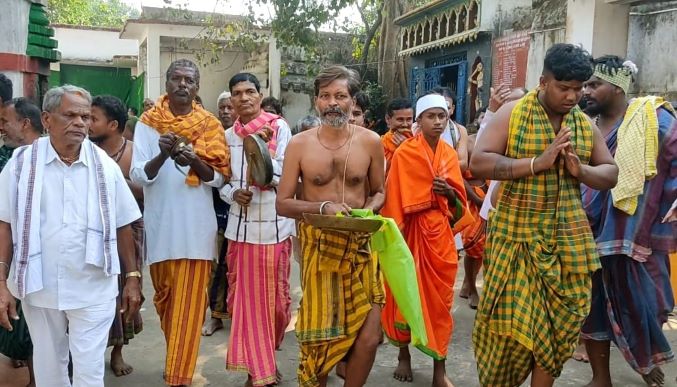 “The ‘Shaiva Tantra Puja’ is performed with a Shiva Linga made with butter. During the puja, it is cut with a ‘Kusha’ (sacred grass) and buried with a ‘Podapitha’ (rice cake) on the northern side of the temple by chanting a mantra. Raja Sri Krushna Chandra Narendra Deo followed this ritual every year as advised by some pundits with a hope that he would regain his estate and throne,” Dr Kar said.

The rulers of the 22 zamindaris of Ganjam fought several wars of resistance against Mughals, Marathas, French and Britishers. The French invaded Ganjam in 1757 and quit in 1763 when the British rulers invaded Ganjam and made Potagada its capital.

“The war against British invaders started in Ganjam in 1763 and continued for a century till 1863. It was the first war of independence in Odisha, said Dr Kar. The estates of Ghumushar and Sorada in Ganjam were abolished by British rulers during 1836 and Mahuri in 1850,” he said.