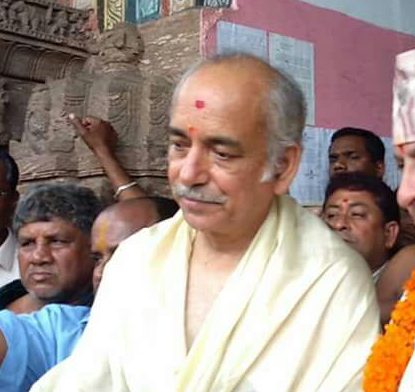 Puri: Gajapati Maharaja of Puri, Dibyasingh Deb on Sunday said that the missing of the Ratna Bhandar keys of Jagannath Temple has hurt everyone.

“We were taken aback when this was revealed at the temple managing committee meeting. As the state government has formed a judicial commission of inquiry to probe into the incident, we should wait for the report the Commission,” he told the media here.

He said steps have to be taken to ensure that such incident would never occur again.

The Gajapati Maharaja further said that the inventory of the ornaments of the Lords in the Bhitara (inner) and Bahara (outer) Ratna Bhandar is necessary. The temple managing committee has taken a decision in this regard. The state government will decide the date and mode of the inventory.

Referring to the incident of ‘disrespect to the President of India and his wife and the First Lady, he said the temple administration has not received any letter on this matter from the Rashtrapati Bhawan.

Expressing surprise over the decision of the state government to stop the functioning of the Commission on temple reforms midway, he said the purpose for which the Commission was formed did not yield any result. As a result, about 13,000 affidavits, received by the Commission from the people across the state were of no use.

The Gajapati also expressed his anguish over the apathy of the state government towards the temple.

“The fact is that the state government gives utmost attention to the Lords during the Rath Yatra. But after the conclusion of the mega festival, the Lords are dropped down the order of its agenda,” he observed.

Jagannath Temple Is Not A Secular Place: Shankaracharya