Missing, Voters At These Odisha Villages 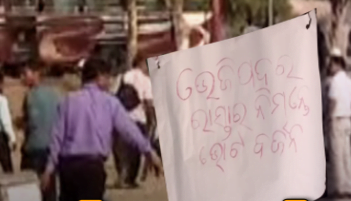 Bhubaneswar: The first-phase election in four Lok Sabha and 28 Assembly seats of Odisha concluded peacefully with 68 per cent voter turnout on Thursday.

According to sources, people of eight villages under Mathili block in Malkangiri district boycotted polls over allegedly being denied basic amenities.

The polling booth employees waited long but none turned up.

As the concept of development could not reach a village under Nandahandi block in Kalahandi district, the villagers decided against exercising their franchise as a mark of protest.

People of Bhejipadara village in Kalahandi district and Gajalmamudi village in Chitrakonda of Malkangiri district boycotted polls over poor road in their areas.

Voters in some villages of Nabarangpur district also boycotted polls over various demands.

The Maoist threat affected polling in 15 booths in the cut-off areas of Malkangiri district. These booths reported zero voting.

Likewise, the voters in Kotia area did not cast their vote in Odisha and instead preferred press the EVMs for candidates fielded in Andhra Pradesh.

Road Blockade After ‘Rape-Murder’ Of Minor Girl In Jatni