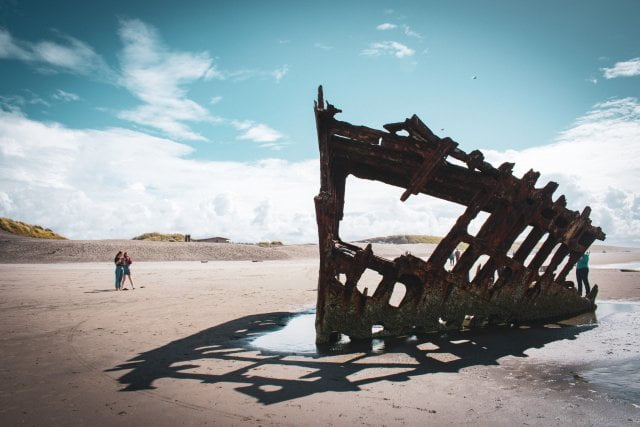 Today I stand on the edge, the last plank of the ship, knowing not if I am to get off the ship or am to delve into the deep ocean from here.

Let me first sing the age-old proclamation: Humanity’s intelligence and competence is humbled by the restraints of Nature. Dust we are and to dust we return.

Human beings or Homo Sapiens evolved at some point of time in certain kind of environment. So also we shall be extinct in time. Traces of evolution of man discovered the fact that we are so far the most intelligent and thus powerful species. So we might survive a bit longer and a bit better.

But how long? Being most intelligent and powerful we are the only organism that has attempted and succeeded in manipulating and exploiting Nature and its laws to our benefits. We have also pushed its extents and capacity to sustain life. The consequent climatic changes, global warming, pandemics, natural calamities have altered the course of human history and of natural history.

Also Read: Monologue 3: Into The Heart Of Darkness

And the other stand: As the earth maintains equilibrium in key life sustaining areas like biosphere and the atmosphere we remain entwined in its folds – I am an integral part of Nature and my destiny is to merge with the basic elements of our living planet. Thereby I unconditionally surrender to Nature.

But how far? And change to what extent? As Theseus’ ship needed major repair its planks, shafts, sails, rails, rods, levers, plates and all were replaced part by part to an extent where not a single part, not a single piece, not even a single bolt, from the original ship remained in it any more. Is it then still the same ship?

Another improbability still: if all the discarded old parts of this were used to build another ship, is this now Theseus’ ship? Which of the two is the real Ship of Theseus?

What contradiction! What confusion! Which is true? Yet neither is untrue. It’s a test of human intelligence. It’s illusive to human understanding. It’s Maya.

Also Read: Monologue 5: The Unbearable Lightness Of Being

At one point its entropy and chaos that has given birth to life on earth. At another point it’s the activities of life that has caused this equilibrium and homeostasis maintained on earth. It’s the magic of Nature and we are mesmerised with its infinite capacity of mystery.

Truth is plural; there are many ways to reach it; yet ultimately it is singular. May I find balance in this duality; may I find salvation in this non-duality!

(There’s no end to Monologue…however, let’s end this series here)…

Banker by profession. He writes poems and short stories in English.

Monologue 5: The Unbearable Lightness Of Being

Monologue 4: The Myth Of Sisyphus