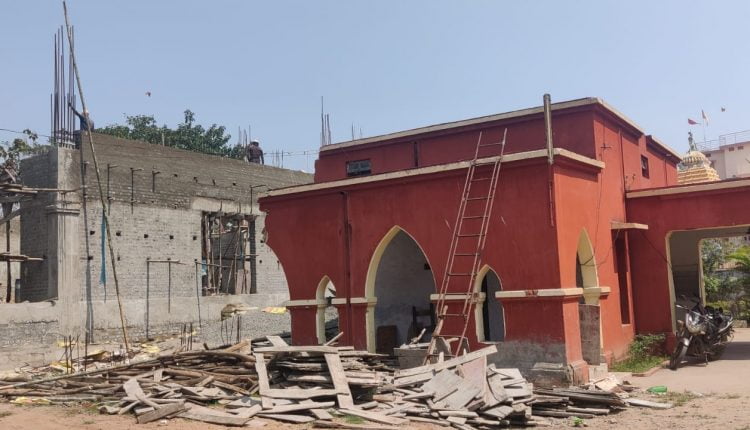 The disadvantage of taking the same road every day is that one tends to take landmarks for granted. I commute on Chandi Chawk-Barabati Stadium Road frequently. A few days back I noticed some sort of construction activities on the premises of Mount House Church of God located near the rear gate of Christ College.

A quaint little brick red colour building with a uniquely designed entrance and ample space all around. Never noticed a crowd there except during Christmas time. The church celebrated its centenary year in 2006.

On my way back, I stopped there and thought of checking on the ongoing construction activities. After entering, to my horror, I found that almost 80 per cent of the church had already vanished. A plain concrete structure was coming up there. The elderly caretaker told me that he was not sure whether the front entrance, which had given the church a distinct identity, will remain or go. The developments saddened me. I was going to lose a part of my growing up days for good, as I live hardly eight hundred metres away from this church, and decided to do whatever possible to retain what remains of the structure. I then got in touch with the office-bearers of the management of the church and scheduled a visit of the members of Cuttack Heritage Walks to the site. We visited the office bearers on April 24 (Sunday) and had a detailed discussion with them. 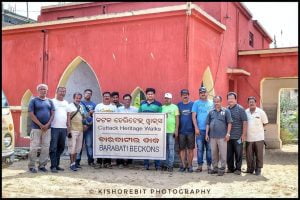 There was a large plot of land measuring A.7. 385 decimal with a large bungalow with outhouses and fruit trees in the abandoned Cantonment area adjoining the compound of the Catholic Church. The property belonged to Frederick Bond and Robert Lacey. Rai Ballav Bose Bahadur purchased it from them on August 25, 1898.

Babu Ramakrishna Basu and Babu Nityanand Bose inherited the property and were in possession of the same. The Church of God Association approached and negotiated with them. Ultimately, they sold the entire property for Rs 9,000 only.

The same was transferred to the Trustees of the Church of God Association of India represented by John A.D. Khan, its Elder and President, Melon Haldar of Calcutta, and Vice Presidents, Robert Javrice of Dehradun, J S Nicholas-Roy of Shillong and Ramanatha Mundul of Calcutta. The sale deed was registered in Calcutta Registry Office (Registration No. 405 of 1911).

John A D. Khan, who was popularly known as Bro Khan, stayed in the bungalow. Built on a small hillock, the bungalow was called Mount House. It was old and in a rickety condition. When living there became imminently unsafe, Bro Khan had to go back to Calcutta with his family. After some days, the roofs of the living rooms gave in. However, the roofs of the front verandah were intact and safe. Sunday worship service and Sunday School continued there.

Church of God congregation was growing in number. Some of the prominent members were Benjamin Mohanty, his son Jonathan Mohanty, Purna Chandra Bose, Miss Sanat Mandal, Miss Nalini Mandal and Hrudaya Seth. The entire area of A 7. 385 decimal of khasmal (forested) land was given on lease to Rev F W Heinly, President of Church of God by the collector of Cuttack on April 1, 1928. The annual rent was fixed at Rs 70. 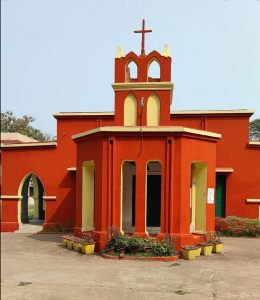 A church building was constructed by the Cantonment Road in 1928. Sunday worship and devotional meetings were being conducted there since then. Prayers were offered in Odia, English and Telegu.

Church of God Association made a praiseworthy gift of Rs 4,000 and a piece of land measuring over six acres to the Cuttack Christian Education Board for the permanent campus of Christ College.

According to the well-known Music Composer Om Prakash Mohanty, the first private audio recording studio of Cuttack was located on the premises of the Church of God before being shifted to Shelter Square.

Coming back to the construction site. The present office bearers though cordial were not forthcoming. Uday Puri, Secretary of the Management Committee, said that his predecessors had not handed over any papers regarding the history of the church.
The office bearers also refused to share the plan of the ongoing construction with us saying that it has not been finalised yet.

When the members of Cuttack Heritage Walks suggested that the front entry should be integrated with the ongoing project, they rejected it, saying that it would aggravate the waterlogging problem. We left the place with a heavy heart convinced of the sad reality that we don’t love our heritage as much as we should.

Notably, the church has received a grant of Rs 1 crore for the renovation project. The question is whether it is for renovation or reconstruction.