Naveen Lists Out Reasons For Snapping Ties With Baijayant 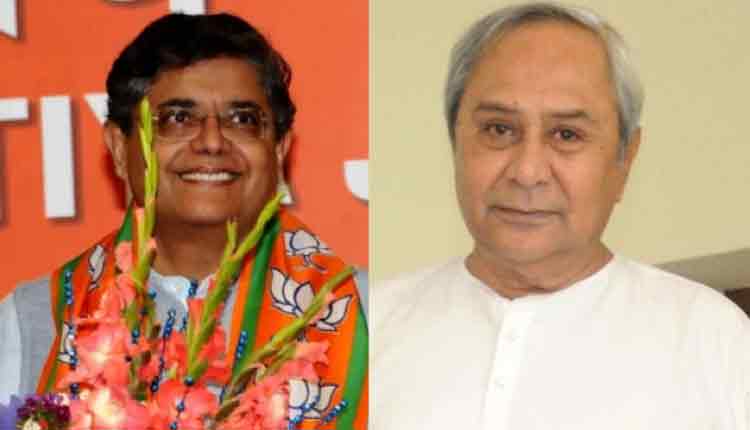 Bhubaneswar: Chief Minister and BJD president Naveen Patnaik once again attacked his former colleague and Kendrapara MP Baijayant Panda for “spreading canards and lies” against him, ahead of the fourth-phase of polling in Odisha on April 29.

Naveen had earlier accused Baijayant of spreading rumours about his health. In an exclusive interview to ANI on Sunday, the chief minister cited three reasons for snapping of ties with Baijayant, who is now contesting the Kendrapara Lok Sabha seat as a BJP candidate after his expulsion from the BJD.

Citing another instance, the chief minister said Baijayant had spearheaded a rumour campaign on his health. “After 2014, a number of my friends from Delhi rang up very concerned because they thought I was in bad health. But my health has always been good and I told them so. They told me that this is what Baijayant was spreading. This was a shock,” he said.

Besides, the chief minister said, Baijayant wanted to be the chairman of the Parliamentary Finance Committee. “As our party did not have sufficient members, he thought he would get the support of the BJP. I didn’t think this was a good idea and I didn’t support him because of the financial dealings of his company. I didn’t think this would be a good precedent,” he noted.

He further raised doubts on the credibility of the companies owned by Baijayant. “Their companies have always had a shady reputation,” he said.

“Kendrapara is very precious to me because it is my father’s home constituency and he was very attached to it. So I gave this constituency to Baijayant thinking that a young man could do a lot about its development. But he never bothered,” the Chief Minister said.

Terming the statement as utter nonsense, Baijayant said Naveen is behaving very childishly and peevishly. “All the people of Kendrapara know how hard I have slogged to make this railway line happen because this was a dream project for more than 40 years that could not get started. You can go and ask the people in charge of this project to know how many times I have conducted reviews,” he said.

On the Chief Minister’s health, Baijayant said he has never spoken about his health. “I have always prayed to Lord Jagannath to give him good health, long life and the common sense to understand that the silly conspiracy theory the people have planted is just ridiculous,” he said.

Naveen had earlier released a video showing him exercising, to dispel rumours about his health.