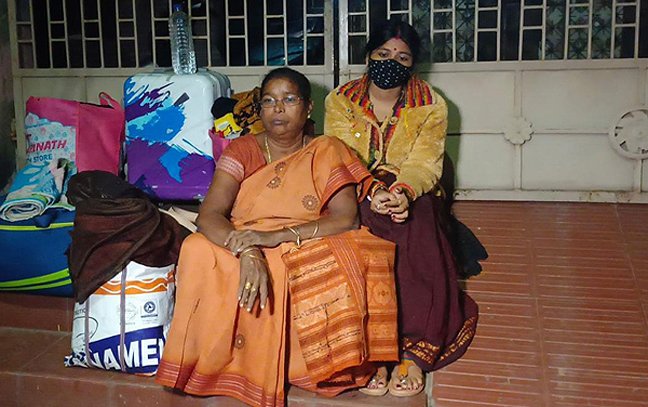 Berhampur: The marital dispute, involving Tapaswini Dash of Berhampur, took a new turn on Wednesday with the father of her husband, Sumit, claiming a threat to his life.

Tapaswini’s father-in-law, Pramod Sahu, has released an audio clip in which he can be heard saying that he is scared that something might happen to him as the former had covered the CCTV camera placed in the verandah of his house. He had no clue what was happening outside and this might be a conspiracy to harm him. He has reportedly informed the police about this development.

On the other hand, Tapaswini said it was shameful for a man her father’s age seeking to view her daily chores on camera.

“I also need my privacy. How can I allow someone to see what I am doing in the confines of my personal space? Does he place a CCTV camera in his bedroom? What does he intend to see?” Tapaswini asked.

She said the life threat allegation was preposterous because police were all around his house and he could always take their help.

It is to be noted here that Tapaswini converted the verandah of her in-laws’ house into a temporary shelter after police imposed Section 144 in the area outside the house, fearing violence.

On Monday, a group of purported supporters of Tapaswini had prised open the outer gate of the house and lodged Tapaswini in the verandah for her safety. The in-laws are inside the house and Tapaswini wants them to allow her inside.