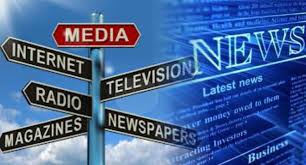 The COVID-19 pandemic is revolutionising human society in more ways than one can imagine.

The news media is a very critical stakeholder in this holocaust! While in many ways news media has conducted itself well so far, a certain brazen pandering to sensationalism is also too obvious to ignore, especially in mainstream media. As for digital social media platforms, whose authorship is nebulous and amorphous, this sensationalism along with fake news and trolls have always been unmistakable features!

It takes a lot of media literacy and identifying genuine news portals to find sensible and sound news on this lie and death matter. It will be of course a far-fetched expectation from an unevenly distributed audience and open-ended monetizing portals to purvey meaningful and sensible news.

It applies also to web portals of mainstream news media organizations, although in a lesser measure. But what I regret more is that the conventional mainstream news media has blinked on its broader societal mandate in this regard. Reporting on COVID-19 in these challenging times does warrant some basic discipline I feel. My personal observations are as under:

I feel governments have not done enough to assist their bereaved families like they have done for families of police personnel and medical personnel who have died on duty. There must be a mandatory law provision for such insurance in extraordinary pandemic like the present one to help bereaved families of media falling sick or losing their lives.

But I would reiterate my view of media’s advocacy role in these hard times. Negative news reporting must not overshadow advocacy functions to the extent of ignoring, suppressing and even downplaying positive and useful data regarding current spot news.

Such negligent over-reporting of gross legacy cases on a routine basis creates this scare in the community to the point of hasty generalisation and justification of an imagined grimmer situation on the ground. One patient not getting a hospital bed could be factually true due to so many other valid factors. But the image of a very large case number looming heavy on our minds leads to such unintended scare. I hope I have touched the right nerve.

It is not a technical error when a news media reports the total cases so far with a big banner headline. But it is a practical and ethical blunder as described above.

Total cases since the pandemic began crosses 1-million mark at 1,003,832, including active cases and the no. of already cured or discharged persons at 635,757.

Less than 1.94% of active cases of 3.42 lakh are in ICU, 0.35% are on ventilator support while 2.81% of active cases are on oxygen support. Total recovered cases so far have improved to 63.33%. Then there is the report of human trials of 2 Indian vaccines with 1000 persons vaccinated with each vaccine. This is based on data released by the Union Health Ministry.

But look at the headlines and intro in most mainstream news media organisations. I bet the reporting is very lopsided.

What is wrong in giving official facts? You may give your analysis pointing to the gaps in government data based on facts. You may analyse the data as per your point of view, but for God’s sake please do not highlight or exaggerate the data of over one million cases since 6 months without highlighting at all the less than 1/3rd that number only are active cases today! I hope you get my point.

Creating panic and scare among the masses based on wrong highlighting and overplaying old data, is not the function of news media.

In fact, it’s the other way round. The media has a much larger role to play in the real time management of COVID-19 pandemic.

Just because it doesn’t make a screaming headline, let us not ignore hard facts and the well-earned success of our frontline healthcare warriors.

Masks With Valves Worse Than No Mask!