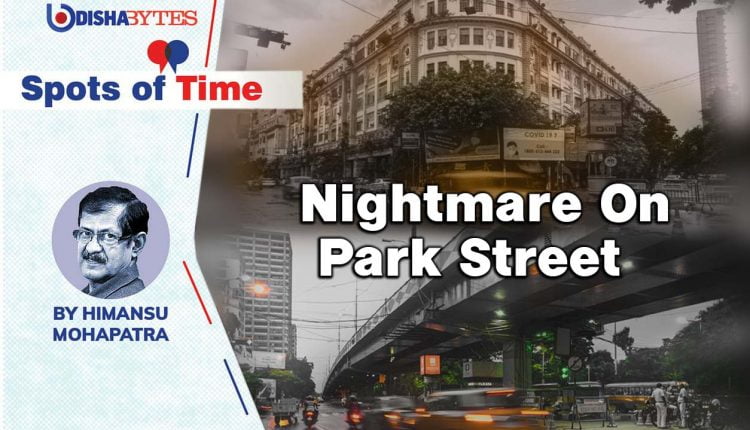 Master Shakespeare said one was liable for one’s actions, not thoughts. What about intents, you might ask? For don’t they resemble actions in being fixated on a target? But the Master reassures you: intents are but thoughts. The Duke is pardoned on this logic, although he not only had lustful designs on Isabella; he had meant to execute them as well.

The Master’s blanket pardon to thoughts will not, however, hold in today’s ‘me too’ inspired culture which is on a hunt for micro-cheaters. The term covers a wide range, from self-pleasuring to visual rape, not to mention watching pornography.

Subrat would have been in the dock today. But the incident that had brought him perilously close to the Duke had happened more than 30 years ago. So his alibi had to be the clean chit that the Master gave to thoughts.

As if in a wish fulfilling act, the scene of Subrat’s ignominy was Calcutta. Subrat had grown up on a steady diet of wild and alluring aphrodisiacs about Calcutta’s flesh pots, especially the seductive Sonagacchi where beauteous forms, gorgeously bedecked, beckoned from doorways. In their boyhood days in Baripada Subrat lapped up the exploits of their hero Siba, the big bad boy, wastrel and neighbourhood vigilante, all rolled in one. Siba had left studies to romance the forbidden pleasures. This had made him the idol.

Siba recounted his Sonagacchi experience in the school playground from time to time.

“Ikdi aai, the beauties would say, standing in the doorway. But if you went inside at their tantalizing ‘come here’ signal, you’re finished. This happened to Putu. You know Putu, good name Amar – poor guy is dead now. He went in. When he came out, he was stripped to his trunks. They took away everything.”

“So how do you hold off on going in?” we asked.

“Dabu ledu – no money. Say this and walk straight on without stopping. It’s a feast for the eyes only, boys.” Siba said with a mischievous wink.

When time came for Subrat’s hazardous brush with this risqué side of Calcutta – and that was a good fifteen years after the playground talk – the ‘open sesame’ formula eluded Subrat, like it did Alibaba’s brother inside the cave.

Subrat was in Berhampur for the Easter break. It was a very short visit. He had followed closely on the heels of Swarnima and Anisha after they left England permanently in January 1988. His return ticket to London was from Calcutta. It made sense, therefore, to go to Baripada, spend a couple of days in his ancestral home and then travel to Calcutta from there. He took an early morning bus on an April day.

Clearly Subrat’s karma was out of balance. Despite it being a week day, it was a bank holiday. He learned this only after reaching the Panjab National Bank office on the 8th floor of APPEJAY House on Park Street. His plan of spending a few hours with his friend’s elder brother backfired. He came down in the elevator and walked out on to the pavement. It was too early to go to the airport. He lingered on the pavement, pacing about aimlessly.

A thin, dark and wiry boy in his late teens loitered on the pavement. He had some wares spread in one place. Park Street didn’t have its usual electrifying rush. The boy asked him when he passed in front if he was after something. Just looking, he said.

Subrat didn’t know what holiday fun the boy had in mind. Out of curiosity he asked him what he was talking about. The boy said there were girls in the YWCA hostel not far from here. Anyone of them would be happy to give Subrat a good time.

“Please come, Sir. After me, Sir.” The boy spoke in English.

Subrat didn’t know what he was up to, but he followed the boy. He was disoriented after the long and tiring bus ride. The April sun was too hot and he felt drained of not just energy but consciousness. Or maybe it was Siba’s words from 15 years ago that had suddenly activated a dormant curiosity.

He walked a few steps after the boy. The boy crossed the road and went over to the pavement next to the road on the other side and, woe betides, he followed suit. With the laxman-rekha crossed, Subrat was hostage to fortune. But he made a last-ditch attempt to back out. Shouting to the boy that he would go no farther, he turned back and began to take long strides.

The boy swung round and caught up with Subrat in a jiffy. In a flash he was changed from his earlier docile and sweet self into the very picture of the furies.

“She has seen you. How can you go now? She demands her money.” The boy said in Hindi, shouting at the top of the voice to attract the passersby who, mercifully, were few.

Subrat was in shivers. In his desperation he took out whatever cash he had on him and thrust it into the boy’s hands. He hailed a passing taxi. When it stopped, he got in and asked to be driven to the airport.

The boy was not in a mood to let go of his conquest so easily. He was commanding the driver to stop, as he continued with his tirade of profanities. The driver, however, stepped on the gas.

It has to be said for the record that there was no sighting of any YWCA inmate that day. Subrat had no thoughts either. The world was not going to give him the benefit of the doubt for his naiveté, though. He was damned by his act of walking suggestive of intent.