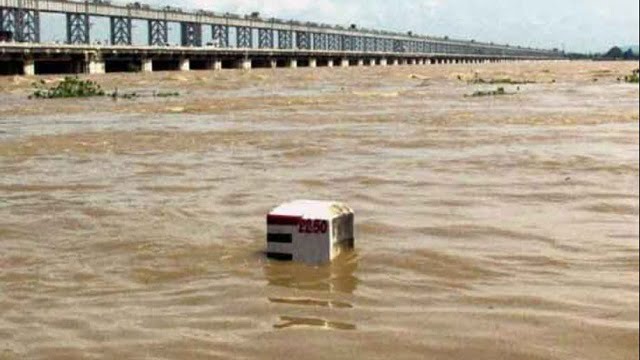 Bhubaneswar: Several rivers in Odisha are flowing above the danger mark following incessant rain for the past few days.

On Tuesday morning, the Mahanadi was flowing at 27.43 meter against the danger mark of 26.41 metre at Naraj in Cuttack district. The swelling Devi also breached the 11.76-metre danger mark and flowed at 12.06 metre at Alipingal.

While waterflow was 11.77 lakh cusecs near Mundali and 9.84 lakh near Khairamal at 9 am today, 10 lakh cusecs water expected to flow through Mundali tomorrow. No decision yet on further opening or closing of Hirakud gates. Flood situation unlikely to change in next 24 hours,” Engineer-in-Chief, Water Resources Department, Bijay Mishra said.

According to Central Water Commission, Mahanadi crossed its high flood level (HFL) in extreme flood situation at 11.65 metre at Tarpur in Jagatsinghpur. Likewise, Bhargavi river is flowing in extreme flood situation at a water level of 16.75 metre, which is 0.24 metre above its previous HFL, at Balakati in Khurda district and at 12.20m, which is 0.30 metre above its HFL of 11.90m, at Balanga in Puri.

Jalka at Mathani Road Bridge in Balasore district continues to flow in ‘severe situation’ at a level of 5.85 m with falling (-20.0 mm/hr). Similarly, Daya river in Khurda is flowing above its HFL at a water level of 16.72 metre, it added.

Notably, backwater from Daya river has flooded Bhubaneswar’s outskirts. Low-lying areas in Sundarpada have been inundated with locals alleging power outage and no drinking water supply. 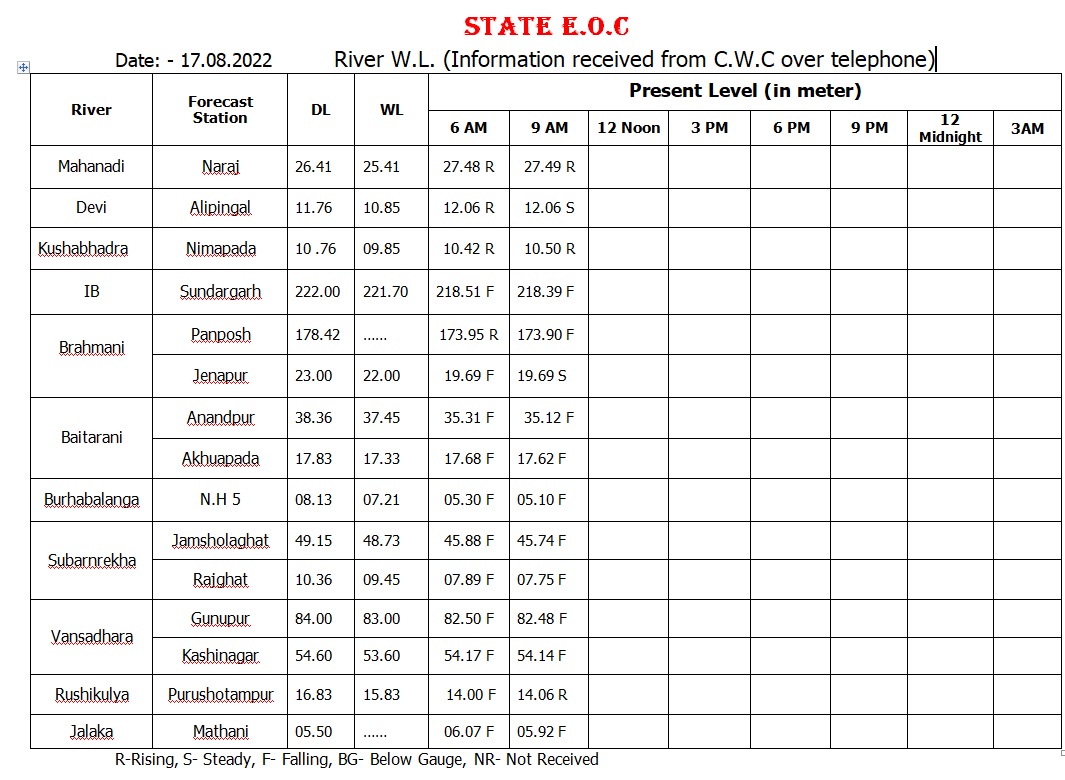