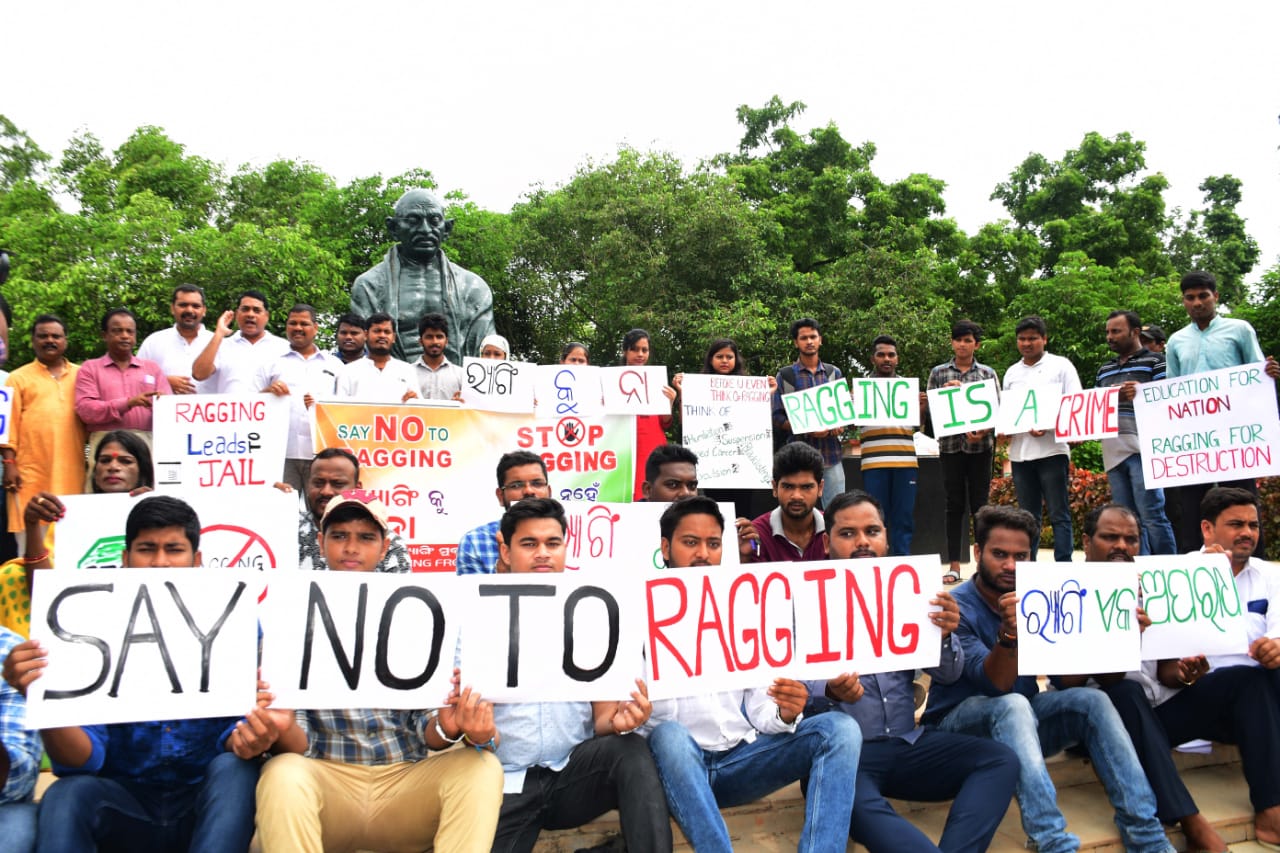 Bhubaneswar: To curb ragging in educational institutions in Odisha, the Higher Education Department on Wednesday asked the Vice Chancellors of universities and Principals of degree colleges and aided/unaided non-government colleges to take preventive measures against such incidents.

Principal Secretary, Higher Education, Saswat Mishra has written to the Vice Chancellors and Principals asking them to take certain measures to contain incidents of ragging.

For every established case of ragging, the Universities and Colleges have been directed to file FIR with the local police. The educational institutions have also been asked by the department to take action against the students found guilty of ragging or abatement of ragging.

The educational institutions have also been asked to take several other preventive measures. It should be compulsory for each student and his/ her parent/ guardian to submit an online undertaking each academic year on either of the two designated websites– www.antiragging.in and www.amanmovement.org. The procedure for filing an online anti-ragging undertaking has already been communicated by UGC in a letter. If it becomes difficult to file an online undertaking, institutions shall obtain a physical undertaking from students and their parents or guardians in the prescribed format.

All institutions should distribute pamphlets and leaflets among students once a quarter, containing anti-ragging messages as well as punitive actions that can be taken against students found involved in ragging. The pamphlet and leaflet should also contain the National Anti-ragging Helpline number and e-mail ID and also the mobile number and e-mail ID of important functionaries of the institution including that of hostel warden, hostel superintendent, head of the institution and anti-ragging squad members.

These telephone numbers and e-mail IDs should also be conspicuously displayed in the shape of wall paintings or display boards at various places of the institution, especially in hostels including private hostels situated outside the campus.

Institutions should organise awareness programs and workshops on “Awareness on Ragging and Anti-Ragging Measures”. Consciousness among students should be spread by conducting dramas and audio-visual events. Efforts should be made to create the ability in students to understand and share their feelings with one another.

An anti-ragging squad, comprising 3 to 4 teachers, shall be constituted by the head of the Institution for maintaining vigil, oversight and patrolling function. The squad shall remain mobile, alert and active at all times. It should conduct surprise visits to hostels and other places vulnerable to incidents of ragging, including private hostels and other vulnerable places outside the institution campus.

Students accused of ragging should be given adequate opportunity to defend themselves. On receipt of the inquiry report of the anti-ragging Squad, the head of the Institution shall take appropriate action as per the provisions of the UGC Regulations. The squad shall also conduct a discreet random survey among fresh students every fortnight during the first three months of the academic year to verify and cross-check whether the institution is indeed free of ragging or not.

No institution shall condone any reported incidence of ragging in any form. Action against students found guilty of ragging and/ or abetting ragging must be taken in accordance with the provisions of the UGC Regulations. For every established case of ragging and/ or abatement of ragging, the institution shall file a First Information Report (FIR) with the local police under the appropriate penal provisions of the Indian Penal Code (IPC).

The letter emphasised that in established cases of ragging, institutions must not try to patch up between the students found guilty of ragging and the victims. Such laxity towards ragging will do more harm than good to the institution in long term, it added.