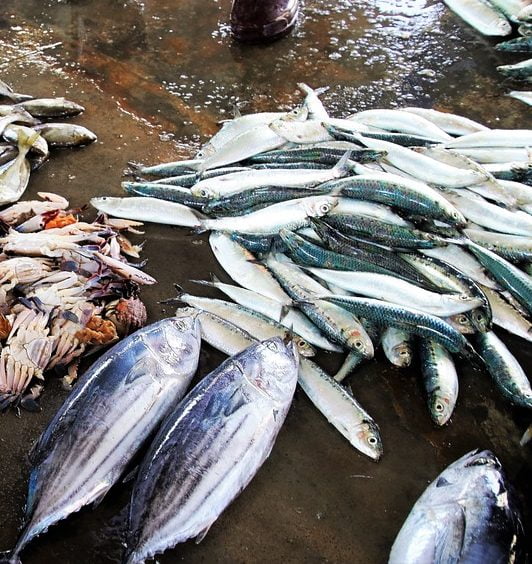 Bhubaneswar: Following the 10-day ban imposed by the Assam government on import of fish from Andhra Pradesh after finding a toxic chemical applied to it, the Odisha government on Thursday said it will form a specialist team to examine those brought from the neighbouring state and take necessary action.

“We have not received any such report so far. But after getting reports from the Assam government, the fish brought from Andhra Pradesh would be sent to the laboratory for a comprehensive test by a team of experts. The state government will take drastic action if any negative report is found,” Agriculture and Animal Resources Development minister Pradeep Maharathy    told mediapersons here.

Expressing grave concern over the report, Health and Family Welfare minister Pratap Jena said his department will make a thorough investigation into the matter.

As informed by the Assam I&PR minister Pijush Hazarika, the sample test of fish imported from Andhra Pradesh and other neighbouring states was conducted on June 29 this year. During the test, it was found that a toxic chemical ‘Formalin’ is applied to the fish brought from Andhra Pradesh.

Following the report, the Assam government has banned the import of fish and its sale in the state for 10 days. Besides, it has directed the district collectors and the Food Safety officials to take stringent action against the fish traders with a jail term of 2-7 years and a fine of Rs 10 lakh if they are found selling the chemical coated fish.

Formalin is used to preserve dead bodies in mortuaries to prevent their rotting.

It is found that the fishermen after catching fish lift its gill cover and inject formalin into it to keep it fresh for weeks.