[Watch] Greedy Cobra Enters Rat Trap For A Feast In Puri, Know What Happened Next 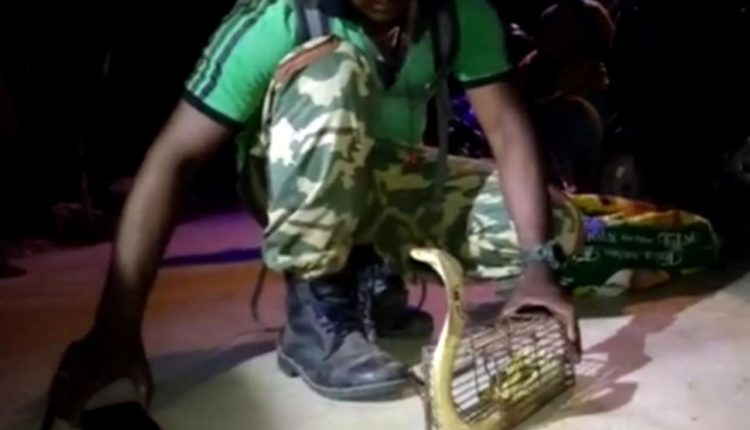 Puri: Greed often traps us in our own folly. A greedy cobra learnt it the hard way in Puri district.

Subash Parida of Delanga laid a trap to capture rodents that are causing damage in his grocery shop. However, he found a cobra trapped inside on Monday evening.

Subash immediately alerted Snake Helpline. A volunteer, Susant Kumar Behera, reached the spot and rescued the 3-foot-long spectacled cobra from the trap. Later, the snake was released in a faraway natural habitat outside the village.

Snake Helpline founder Subhendu Mallik said, “The cobra somehow succeeded to enter the trap through the wire mesh to prey upon the rodent already captured inside. However, after swallowing the rat, the snake’s abdomen bulged and it couldn’t come out.”