Odisha Man Spreads ‘Save Trees’ Message With Friends From The Wild 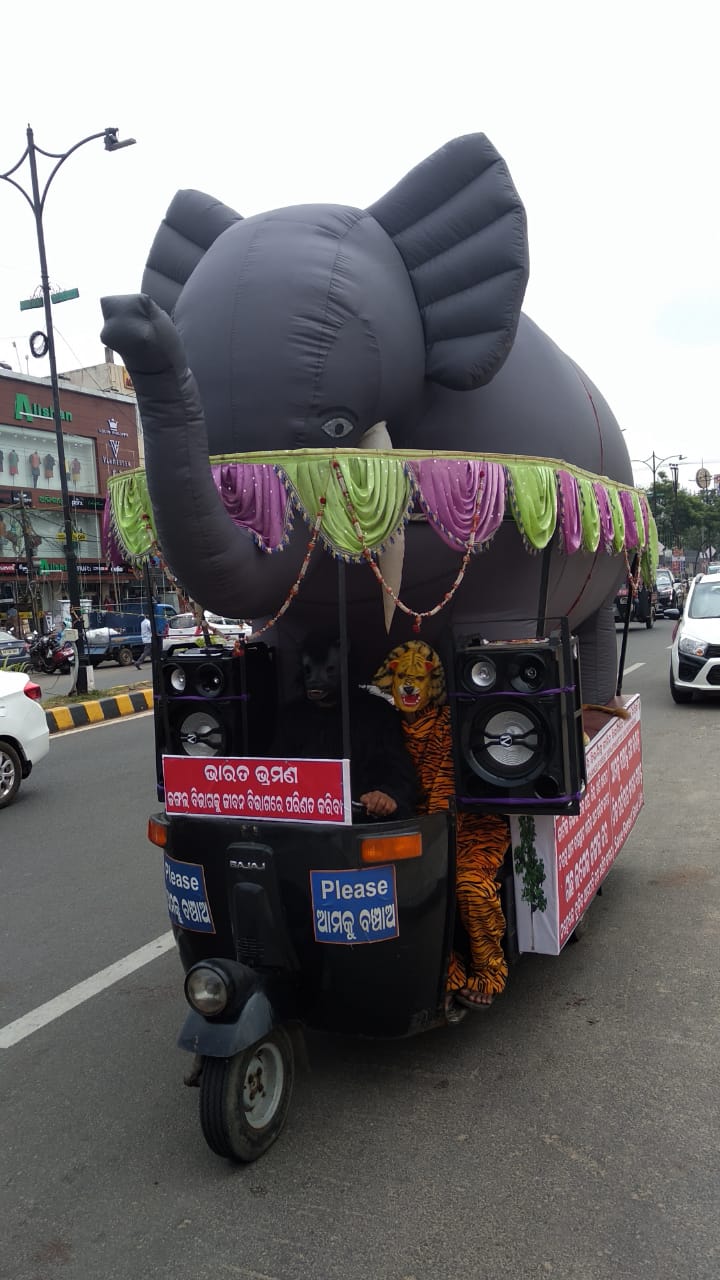 Angul: Dillip Kumar Sahu embarked on an awareness drive to save trees in an autorickshaw from his native place, Pallahra in Angul district, on October 2.

Dressed as a bear, the 38-year-old drives the auto with a model of an elephant overlooking the vehicle and a tiger lazing under it.

Dillip began the journey with an objective to cover the whole of India while spreading the message of saving trees and working towards a pollution-free environment.

“The environment has become very polluted because of which people are suffering from several diseases. We should at least think about our future generation and stop cutting trees,” he said.

Dillip suggested that the Forest Department should be renamed as Life Department.

“In June, I was caught in a jam for three hours while travelling in a bus. I thought I would die because of suffocation. The high humidity and temperature made life miserable for the passengers,” he said.

Dillip further said that it had become impossible to step out of the house even at 11 am because of the scorching heat with temperature shootING up to 50 degree Celsius in the state during summer. He attributed it to felling down of trees and denudation of forest covers.

“People need oxygen to survive but they are cutting down the very source of it in the name of development, which should instead be targeted at that of the human beings and their health conditions,” Dillip added.

He said that we are leaving the future generation with an uncertain future by cutting trees. “There is an immediate need for us to save trees and ensure the safety of wild animals. The governments have to take steps in this direction. Till that time, I will continue with this drive,” he said.

Dillip is currently in Bhubaneswar, spreading the message among all. He has started a signature campaign and hopes to meet Chief Minister Naveen Patnaik to press for his demands.

He also wants to meet the President and the Prime Minister over this issue.

“I have a son and a daughter. My wife and children are supporting me in this work,” he added

Pick Up Soon Or Pay 6p Per Minute For Calls From Jio To Airtel, Vodafone