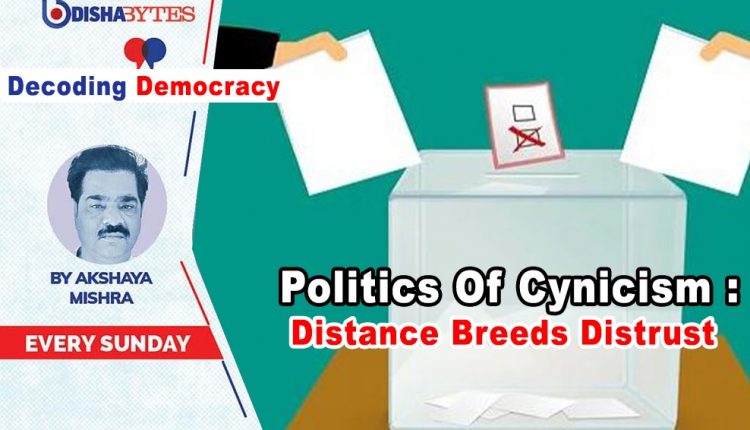 Tucked safely in his well-equipped home in the suburbs of Bhubaneswar, the capital of Odisha, this young man, all of 26, is busy fighting the supposed enemies of the nation. He is a one-man army against an array of hostile forces–Pakistan, Muslims, China, Kashmiris, anti-Hindus, anti-nationals, beef-eaters, the Congress, the Maoists and so on. The list of enemies keeps expanding depending on the information available on social media.

Almost the entire of his waking hours is consumed keying in words on his mobile phone. His are angry words – offensive, intended to provoke a fight and often laced with threats. They are vitriolic, occasionally sarcastic and humourous in a dark sense. He would not leave a single social media post on his favourite topics unresponded. Don’t go by his soft, boyish looks, he is smouldering within, ready to singe anyone in disagreement with his worldview.

Ask him about the political history and geography of Kashmir, you are likely to elicit a confused face; he never visited the state. He never interacted with a Muslim in his life either. The words Left and liberal are recently acquired expletives; China is a vague presence somewhere on India’s borders; Maoists are forest-dwelling habitual trouble-makers; and so on. Now, don’t jump into judging him. Don’t call him the typical shoot-from-the-hip social media type.

He is convinced that he is doing his bit for the nation. That keeps him happy and gives his life a sense of purpose. He is one among millions like him. If you have lived long enough, when did you last witness such widespread interest in the country, such passion to identify with it? A lot of his ilk could be ill-informed and not educated enough to have insightful views on the subjects they are so passionate about; ignore that and you are likely to discover a sense of ownership. They love their country and would like to have a say on how it should be. The vehemence in them reflects a singular interesting point: The country was snatched away from them for long and they have wrested it back again. They would go to any extent to stop it from being snatched away again.

How did this come about? The question does not render itself to ready answers. But trying to find them from the perspective of alienation would be helpful. Alienation, sociologists explain, is a state of estrangement of the individual or groups from the mainstream, characterised by powerlessness and helplessness. It results in their gradual psychological disengagement from the processes around. Frustrated and angry, they stand separated from the society, largely indifferent to the goings-on. When the political establishment, institutions and the democratic process itself continually fall short of meeting the expectations of people at the emotional level or act in opposition to it, the sense of alienation intensifies. They begin perceiving them and everything sustaining them as distant and hostile. If a great mass of people rejected the earlier idea of India, it has to do a lot with alienation.

The earlier intellectual-political ecosystem connected people to the idea of the country. They, by default not so much by design, excluded the masses from India as an emotional entity. We had the odd Mera Bharat Mahan-type campaign to impress people, but being cosmetic in nature they hardly had the range or depth to enthuse them in any significant manner. Patriotism earlier was more of an empty ritual, just a reminder that one belonged to the country, nothing more. The fact that it should be a source of pride and identity never received due emphasis.

Besides they showed little urgency to communicate matters of national import to the citizens. Perhaps it involved their underestimation of the latter’s mental capacity to grasp complex issues or it was simple chicanery. The ruling elite stood to gain if people in general lost interest or involvement in the affairs of the country. This situation led to fewer questions being asked to the power elite and lower accountability. The more ‘ignorant’ people stayed away from serious matters, the less cumbersome it became for them to manage things. The distancing was evident in the lack of communication from leaders on important issues.

Prime Minister Narendra Modi maybe accused of overcommunicating, but his effort to keep the masses in the loop on issues serves to bridge the yawning gap created earlier. Maan Ki Baat, his routine radio address, and social media posts are a brilliant way of connecting to the grassroots. More than his style of communication — he is brilliant, no questions — and the content, the intent is critical. He has made people feel partners in governance. Compare his style to that of his predecessor Dr Manmohan Singh, you realise where his popularity comes from.

However, it is not only about the leaders, political parties need to have regular conversations with the masses too. Party organisations have a responsibility to spread the word, good or critical, about policies and programmes of governments. The frontal units ought to reach out to specific sections they represent. Over the last few decades, national parties have let their organisations wither. In some cases, there’s a complete breakdown. With little effort to revive or re-energise them, parties such the Congress have virtually lost a crucial link to the masses.

The political decline of Congress coincides with its gradual disconnect with the grassroots. We can make it a cause-and-effect relationship too. UPA 1 and UPA 2 were not low on delivery from the economic and welfarist perspectives, yet the message that flowed down was hugely negative. The Congress, the leader of the coalition, simply lacked the reach to create positive vibes. Its recovery looks impossible without a brick-by-brick rebuilding of the organisational link to the masses.

Distance breeds distrust. The truism was somehow lost on them. Distrust has sipped so deep that even when they speak the truth it invites ridicule. That people would pooh-pooh even the contribution of Nehru to the country and believe his legacy was a sham is understandable against this backdrop. The politics of cynicism has come back to haunt its practitioners.

However, not all is well with the brand of patriotism going around. It borders on jingoism and toxic nationalism. It is not only driving existing fault lines in the country deeper, but also creating new ones. Tell that to the young man still churning out angry words, and you get a nasty look. He is busy pouring abuses on singer Rihanna for supporting farmers’ protest in India. He doesn’t know who exactly she is. But he sincerely believes he is defending his country. He has regained faith. And he feels he has a right to be angry.