Pratap Swain And The Gangs Of Berhampur

In his column, PanigraHigh, the author goes down memory lane to trace the rise & fall of Pratap Swain and the growth of organised crime in Odisha in the 1970s & 1980s 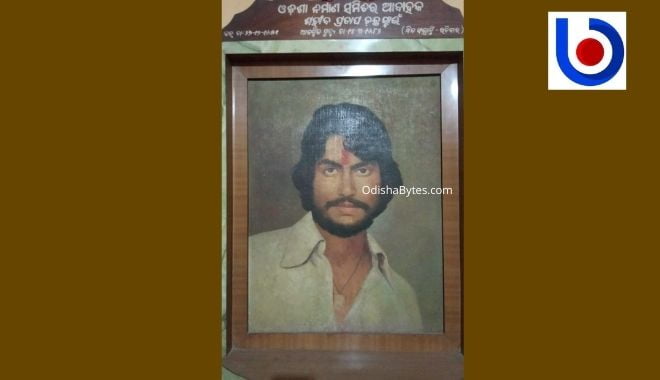 The day Pratap Swain died it is said that many girls in Berhampur ‘broke their bangles.’ He was a ruthless criminal, but he could with his style of holding kangaroo courts easily dispense ‘justice’ to people. There were many who came to him with their domestic, college and political issues and his direct involvement in these made him a cult figure. Till date, after about four decades of his gory death, he is remembered as the best-known gangster of Odisha. Popular as ‘brother’, Pratap was extremely violent and unforgiving.

I had met him a couple of times in Berhampur and Cuttack and found his style of operations bold and in your face. I would not think that he was a hood or a hustler. He had created a gang of unemployed, urchins who lived off him and his celebrity status in Berhampur. It was growing in influence in Bhubaneswar and state politics too. That was a blatant use of crime in electoral politics. Many leading politicians of the time used him as a consort – out of fear or with the hope of gaining public awe. Pratap had schemed and plotted and broken heads, and graduated to become quite an articulate, daredevil Don of organized crime in Berhampur. Those days, slush money was limited to a few businesses like bootlegging, extortion, political arrangement, protection of traders and marine (trawler business) and building contracts. The leaders and political parties in the state during late 70’s and early 80’s were learning the ropes of organised crime and Pratap became an instant handler and a hero of sorts.

There were no Mafia tales to hold us in awe in our Khatti (roadside group chats) before 80’s. Tales of ‘Brother’ ruled the roost when it came to legends and stories about his exploits. I am sure almost all were exaggerations but during those years his tales could captivate people in spite of him being nothing but a hardcore criminal and anti-social.  He was that rock star, gangster until life caught up with him. His horrendous waylaid in the highway, Bollywood-sque murder was no surprise, as ‘one gets what one gives’. Gangs of Wasseypur had an identical scene in the film. This had to happen. But during those choppy days with crime and money cocktail in politics entering Odisha, Pratap made hay. He was seen with the right people in power and was propped up to be some kind of a youth leader. His ambition or audacity was never to be doubted. He formed his own outfit Orissa Nirman Samiti– though he called it his social development work. Orissa Nirman Samiti was undoubtedly a smart cover for the mafia, a guise though seen through by all but was critiqued by none. This was almost a replay of a Bollywood gangsta movie. Even if we had other strongmen in politics, there was an underlined ideology that eventually sustained their politics or social connections. But Pratap was straight from the violent streets of then Berhampur and he was not even remotely concerned or connected with politics or social work. But he was smart to start the trend and gain a fan following. His gang war with CPI members was the talk of the state. It was bloody, on the streets of Berhampur and shook up the entire firmament and the social life of the Silk City and Ganjam district to a large extent. Berhampur turned into a battle zone – with Khallikote college to Kamapalli, Court area being the bastion of Orissa Nirman Samiti and the other side of the strip belonging to the rival camp.

In the period between 1972 and 1982, Pratap wielded enormous power as a mafia boss in Berhampur and hobnobbed with powerful state-level politicians, used his muscle power to wrest control of trade unions, spread his wings (euphemistically with more social work) across the region and earned the wrath of CPI whose formidable presence in Ganjam was directly challenged. Battle lines were drawn, murders from rival gangs became frequent and commonplace. Such was the scale and apprehension of violence that Berhampur was declared a separate police district. It was an open secret that Pratap enjoyed the patronage of the ruling party. This emboldened him and the Orissa Nirman Samiti to such an extent that they ran a parallel government. Their writ ran large. Pratap Swain was a household name. Even today I have heard about him from millennials who must have got the stories from their parents or even grandparents. Stories about him bordered on the eulogy and the condemnation of a rogue criminal never came straight and strong. Even the media was blunted. Without TV, newspapers were the dominant informers and analysers. They were silent.

My cousins in Berhampur who were active in student’s politics were constantly advised (read admonished) to play safe because murders became common. Campus violence was always sudden, unexpected, and often beyond the control of the authorities. Berhampur became the Badlands. The city was divided between two major groups. The youths were probably looking up to a Big Brother figure amid the political chaos of the late seventies. There was simmering anti-establishment angst which eventually gave Pratap Swain the gangster glamour.

Fables are galore, almost like folktales about his doings, many of them apocryphal and pure bogus. But the stories enthralled everyone. They had a hero in him –an almost mythic status. Godfather for some and Robinhood for others. But what exasperated me is that the media was completely silent about his misdoings. This was the same period when the Pathan Brothers, the Vardarajans, the Kaskars were fighting for turfs in Bombay. The tumultuous times had something to do with the rise in crime and crime lords in cities. They were deified, filmed, hero-worshipped so much that the next best transition for all of them was “social work” to gain legitimacy. Legitimate power and pelf.

Such was Pratap Swain’s rise in power circles that at one point, it is said, he was openly protecting (brushing shoulders & ringfencing in public) the Chief Ministers and Ministers in Ganjam and even those in Bhubaneswar. The Kataki gangsters were no match for the aura and raw power of Pratap. But alongside his own clan was planning a deadly coup. With power comes incautiousness and recklessness.

His death was gory, violent and on the road. Divine justice once again reassured that it touches everyone at the right time, whoever it may be. Someone has said that criminals do not die at the hands of the law. They die at the hands of other men. But what amazes me is our latent streak of criminality which manifests in hero-worshipping downright history sheeters and anti-socials. If they are anti-socials, why do we gawk at them in admiration?  Is it because dark lurks in all of us and attracts us?