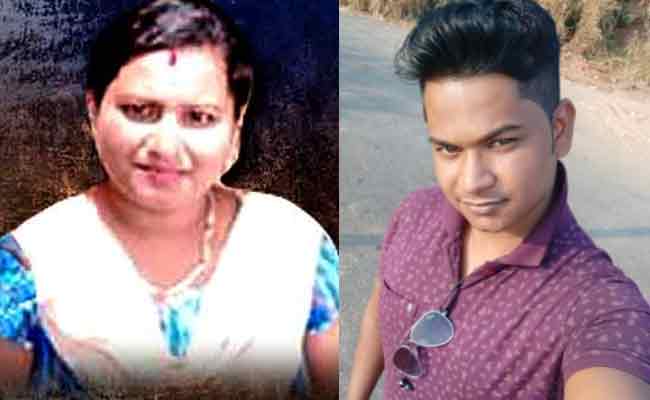 Bhubaneswar: Police have arrested the prime suspect in the death of Subhashree Mohapatra in Odisha capital.

Subhashree was found hanging at her residence in Shastri Nagar under mysterious circumstances on Tuesday night. The Commissionerate Police had detained Chittaranjan Jena whom Subhashree had tried to contact 7-8 times over phone between 6.30 pm and 6.49 pm on the day of the incident. The last call was made half an hour before she was found dead and lasted for 27 seconds.

After identifying Chitta from the call details of Subhashree from her mobile phone, Chitta was questioned by the DCP, ACP and IIC for over 2 hours at Kharbela Nagar police station.

Speaking to media persons on details of the case, Bhubaneswar DCP Prateek Singh said Subhashree, who was married to Ananta Narayan Nath in 2014, came in contact with Chitta in 2019 when she had gone to her father’s house in Nayagarh to attend a marriage function.

Later, Subhashree and Chitta continued to talk over mobile phone as their relationship developed. They also visited several places together and spent nights in hotels. Chitta, who worked as a driver, was staying in Satyanagar of Bhubaneswar, the DCP said.

After Subhashree’s husband doubted their relationship, he questioned her and their conjugal life was disturbed for some months before her death. Nath works with a private company in the city.

Singh further said the day before Subhashree committed suicide, she had gone to her husband’s village on August 28. She had also gone to Capital Hospital in Bhubaneswar with another man by informing Nath.

When Subhashree told Chitta about her visits over phone, the latter scolded her. Chitta also went to Subhashree’s house at night, abused her and even beat her up. Later, he went to back to his house.

After some time, Subhashree’s son came home to find his mother lying on floor motionless and informed his father.