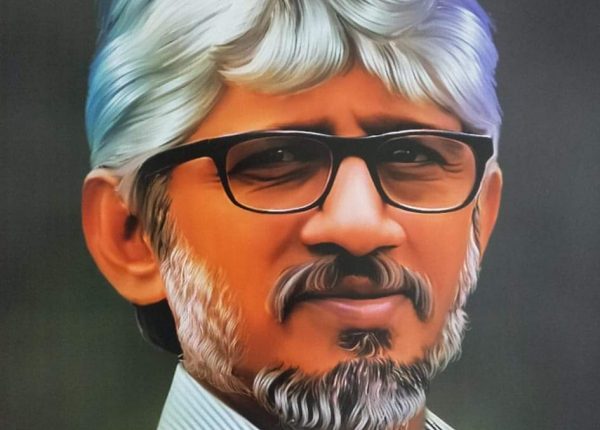 The absolute truth of life is death. Even the supreme Almighty would have to leave the mortal body if he descended on earth. The toughest part of life is accepting this philosophy. At present, the whole teaching fraternity of journalism and mass communication of the country in general and Odisha in particular, the innumerable students, researchers, and journalists are in profound grief and mourning the death of Sunil Kanta Behera, an eminent professor of journalism and mass communication.

Sunil Sir, as fondly addressed by the students, passed away on the afternoon of December 27, 2022, due to a massive cardiac arrest. The news of his death was unbelievable as he was quite active till the last few hours of breathing his last. Within moments of knowing the truth, tributes started pouring in from Kashmir to Kanyakumari, Saurashtra to Silchar on various social media platforms. His death is an irreparable loss for the country.

Behera carved a niche in the hearts of countless people. He touched and transformed many lives in his entire life. The impact he had on the students not only in the university he was associated with but across the country was tremendous. Behera retired as a senior professor in 2015 while serving the Journalism and Mass Communication Department of Berhampur University, one of the oldest departments of the country to offer journalism and mass communication education.

Post-retirement, he served as a Professor of Eminence and Dean at Tezpur Central University, Assam. Subsequently, he working as a Visiting Professor at Central University of Odisha, Koraput. More than 30 researchers from Odisha and outside have obtained doctorate degrees under  his direct supervision. Noted media academic Prof Tapati Basu of University of Calcutta obtained her D.Lit. under his supervision. He was associated with numerous national and international institutions and held several important responsibilities at the national level. He was an active member of various bodies of national importance like the National Assessment and Accreditation Council (NAAC), the University Grants Commission (UGC) and the Union Public Service Commission (UPSC). In addition to that, Behera was also a member of the Board of Studies and the Faculty Selection Committees of about 30 universities. His research work has produced hundreds of articles published at the national and international levels.

It is not everyone’s cup of tea to think the way Behera did. A few months before his death, on July 22, 2022, he signed a will to donate his entire body. In the will, he clearly wrote, “There are not enough dead bodies for medical students to do research in medicine. In such a place I should donate my body. Not only that, if my organ can benefit someone else, then that would be the happiest thing for me. That is why I am willing to donate my organs and body.”

In honour of Behera’s last wish, his family donated his remains to the Anatomy Department of Maharaja Krishna Chandra Gajapati Medical College Hospital, Berhampur, Ganjam. After his death also, beloved Sunil Sir would be enlightening students and researchers in the field of medical education.

His noble thoughts and actions remind us of the sacrifices made by the great sage Maharshi Dadhichi. After devoting all his life to the welfare of the people, embraced death to make sure that all the bones of his body be used to create Bajra (thunderbolt) that would ultimately help the King of Gods, Devaraj Indra to kill the demon Vritrasura.

Behera always led the life of a student and tried to prepare himself according to the need of the hour. He was on the path of continuous learning and sharing. His aptitude and attitude to learning were an inspiration to the students, colleagues and researchers in the field. Many students and researchers continued to study under his guidance till the end. He had always extended his helping hand to the students in their difficult times. Many of his students are engaged in teaching at various universities in the country. He always made sure his students gave their best and contributed the maximum for the enrichment of media education. It would indeed be a befitting tribute to him if his unique teaching style could be adopted by future generations of researchers and media educators. Pranam Dadhichi!