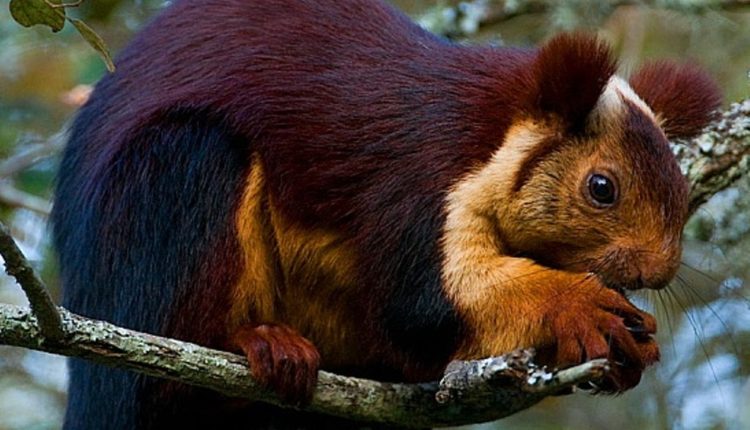 Berhampur: At a time when there is a threat to the Indian Giant Squirrel, popularly known as ‘Pata Musa’ or ‘Belara Musa’, the Forest department has launched a project to ascertain its population and ways for conservation in Odisha.

The field survey has been started in Kriamba Reserve Forest of Buguda Range under Ghumusar South Forest Division in Ganjam district in December, said Dr Udaya Kumar Das, wildlife biologist and principal investigator of the project.

The research will be taken up in 4 districts and 6 protected areas including Kapilas, Kuldiha, Sunabeda and Karlapat. The squirrels, which were sighted in Mahuri Hills under Ramaguda Reserve Forest earlier, could not be found after the 1999 Super Cyclone, said Dr Das.

It is very difficult to get an accurate count of the squirrel population as they are extremely agile and keep moving across high branches. Fixed transect survey and random sampling survey will be done for population estimation and density. Applications of Map source, GIS and Distance software will also be used.

“Only direct observation is the main key to study the animal through binoculars. The activity will have to be recorded in all seasons. Use of compass, GPS and camera trap would provide more scientific data from the field,” Dr Das said.

The Indian Giant Squirrels have a brownish dorsal coat colour and leap from one tree to another. This is one of the largest squirrels with a head–and–body length of 25 to 50 cm, a tail that is about the same size or somewhat longer and a weight of 1.5 kg to 3 kg, Dr Das said.