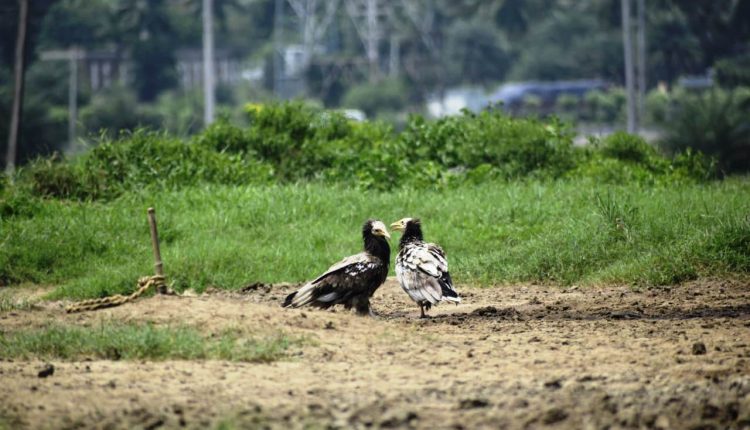 Berhampur: With the population of Egyptian Vultures dwindling fast around the world, wildlife activists have demanded protection and conservation of these vultures spotted in Odisha’s Ganjam district.

Anchalika Vikash Parishad (AVP), a non-profit organisation  engaged in protection of wildlife in the district, has taken up the matter with the wildlife officials. The AVP members submitted a memorandum, addressed to Principal Chief Conservator of Forests (Wildlife), to Regional Chief Conservator of Forests (RCCF) in this regard on the occasion of World Vulture Awareness Day on Saturday.

The AVP pointed out that 20 Egyptian Vultures have been spotted in Palur Hill under Berhampur forest range in the district. They include 12 adult vultures and 8 baby vultures. Considering that fact that the number of vultures has come down due to various reasons, the Parishad demanded their protection by the officials.

According to AVP president Sagar Kumar Patra, most of 9 species of vultures found in India have become extinct. Fortunately, the species of Egyptian Vultures have remained alive in the district till dated. These vultures were first spotted in Chikiti in 2013. Their number was counted as 10 in Totodapalli in 2016. 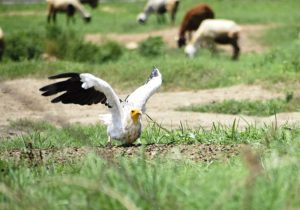 Sagar pointed out that the vultures have almost become extinct due to change in lifestyle of human beings. As per the census carried out by International Bird Life Data Zone, 6,000 to 9,000 Egyptian Vultures are alive around the world today.

He further said these birds sustain on feeding on dead animals including pet cattle. With diclofenac tablets being given to cattle rampantly, the vultures feeding on their corpses also consume these chemicals. As a result, the birds die due to damage of kidney.

In order to preserve the fast depleting Egyptian Vultures, the AVP demanded a special action plan for Berhampur forest range. It also sought establishment of a breeding centre for the vultures, promotion of awareness among farmers for not giving diclofenac to cattle and appointment of a dedicated team to track the movement of the cultures.

Confirming that he had received the memorandum, RCCF Prashant Mishra said though the Parishad has not pin-pointed the exact location where the Egyptian Vultures have been spotted, it is apparent that the wild birds are coming to the place where the corpses of cattle are thrown. “We would further investigate into the matter and take whatever steps necessary for preservation of this species of the vultures,” he said.