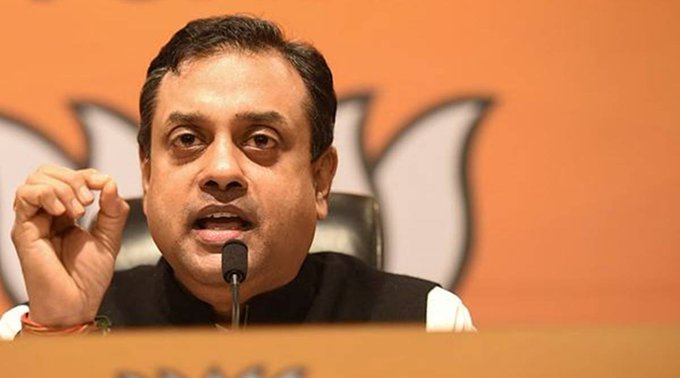 Bhubaneswar: A day after the Archaeological Survey of India (ASI) said that the broken lion sculpture found at the spot where the ancient Emar Mutt once stood, could be dating back to the Ganga dynasty, BJP national spokesperson Sambit lambasted the Odisha government for going ahead with the Puri Heritage Corridor without conducting ground-penetrating radar survey (GPRS) and impact assessment study.

“Why the ASI advice was ignored and GPRS and impact assessment study was not undertaken before carrying out the digging activities?” Patra questioned at a presser.

Stating that the lackadaisical attitude of the government resulted in damage to the ancient structure, he said, “The broken stone sculpture of the lion is not something to be politicised, rather it should have been conserved. It is a matter of our self-respect and we need to keep it intact for our future generations.”

Notably, the ASI, in its affidavit to the Orissa High Court, had claimed that no GPRS was conducted to ascertain the archaeological and historical importance lying buried in the subsoil of 75m radius (Construction Zone) of the centrally-protected monument.

“You can bury the truth but can never keep it hidden forever. The concern expressed over the way the government was implementing the project was genuine. We are now seeing the result of its obstinate attitude. If the state government fails to protect the heritage of Odisha, future generations will never forgive it,” he said.

The senior BJP leader also accused Puri MP Pinaki Mishra of making a ‘misleading’ statement on the heritage corridor project in Parliament. “The Parikrama project is underway without approval. Pinaki Mishra is misleading people, whatever he’s saying is against constitutional laws,” he added.

The stone sculpture was spotted outside Jagannath Temple, where alleged unauthorized excavation was carried out after demolishing the historic mutt, which was believed to have been built by religious exponent Ramanujacharya nearly 713 years ago, to pave way for the heritage corridor project. “Preliminary examination of the sculpture indicates that the sculpture may belong to the Ganga period (when the Jagannath Temple was built). We have collected samples. More clarity will emerge after a thorough investigation,” ASI superintending archaeologist (Bhubaneswar circle) Arun Malik said after visiting the spot on Tuesday.

“Will submit a report to ASI DG. Further steps will be taken as per her suggestions,” he added.

[Watch] Rath Yatra: All You Need To Know About ‘Pahandi Bije’ Of Puri…