State Of Governance 3: Bureaucrazy! For Odisha’s Babus Rules Are Made To Be Broken? 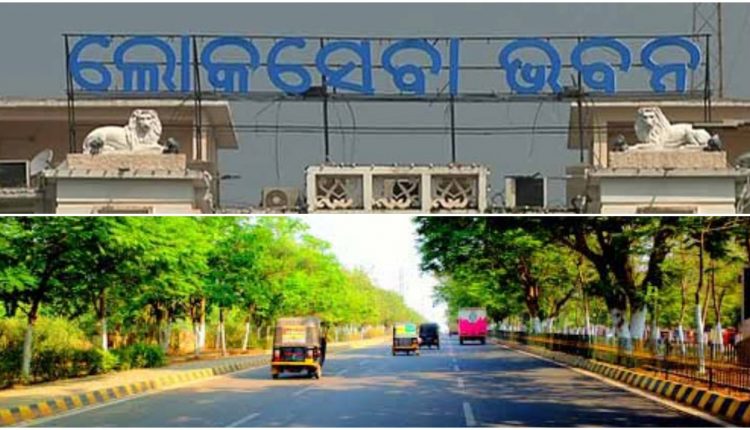 Bhubaneswar: Are Odisha’s bureaucrats playing by the rules? The answer might be in the negative if the plethora of activities they are engaged in beyond their administrative responsibilities serve as an indicator.

Be it dabbling in politics, managing sports’ bodies, running affairs of clubs or operating NGOs and even business establishments, Odisha’s babus, directly and indirectly, seem to have made their foray into a diverse range of domains. So much so that a former bureaucrat privately quipped, “These days a good number of officers seem to be doing everything they shouldn’t be doing and not doing all that they are supposed to do.”

However flippant the remark might sound but it summed up the state of Odisha’s babudom rather well.

Sample the just-concluded elections to the Bhubaneswar Club. The fight was between two former Odisha Chief Secretaries, Bijay Kumar Patnaik and Asit Kumar Tripathy, for the post of president. The winner Tripathy is currently serving as Chairman, Western Odisha Development Council, and Principal Advisor to Chief Minister Naveen Patnaik. This certainly raises the ethical question: Should someone associated with the Chief Minister’s Office (CMO) be involved in hectic lobbying to become an office-bearer of a club, that too a registered company?

Incidentally, Tripathy also helms the elite Bhubaneswar Golf Club besides being Advisor to Odisha IAS Officers’ Association. So, can he really do justice to his multiple roles and, most importantly, meet the expectations of the government which has post-retirement given him a minister rank? Or, has the ruling dispensation doled out a rehabilitation package for the ‘good work’ he did when he was a serving officer?

Also Read: State Of Governance 2: The Absurdity Of Transfers & Posting Of OSDs

The same goes for the state’s Finance Secretary Vishal Dev, who was elected secretary of Bhubaneswar Club. For record’s sake, the person managing the state’s exchequer will now be looking after the finances of a club! Dev, a 1996 batch IAS officer, is also secretary of the Odisha IAS Officers’ Association.

These are but just examples of the several officers whose actions, strictly speaking, are not in tune with the rulebook. Under section 13 dealing with “private trade or employment” of the All India Services (Conduct) Rules, 1968, without prior sanction of the government “no member of the Service shall (a) engage directly or indirectly in any trade or business, or (b) negotiated for or undertake, any other employment, or (c) hold an elective office, or canvass for a candidate or candidates for an elective office, in any body, whether incorporated or not, or…. (e) take part, except in the discharge of his official duties, in the registration, promotion or management of any bank or other company registered or required to be registered under the Companies Act, 1956 (1 of 1956), or any other law for the time being in force, or of any co-operative society for commercial purposes.”

Pertinent to note, Bhubaneswar Club was registered under Companies Act on January 15, 1950, and has since continued to function as such. Its business interests and efforts to “maximize profits” are obvious with the club’s unsuccessful bid around 15 years back to get a prospecting license for Khandadhar iron ore mines in Sundargarh serving as a glaring case in point.

If we leave aside club matters, the rulebook prescribes “political neutrality” for bureaucrats. However, if you talk to BJD leaders they will tell you ‘no-more-secret’ stories of how IAS and at times IPS officers determine their fates, be it at the district or state levels. That quite a few of the IAS officers in Odisha, like in certain other parts of the country, are functioning in a partisan manner and betraying political ambitions even when they are part of the premier government service is well-known and need no elaboration.

If the office-bearers of sports associations, be it district or state levels, over the last few decades are to be examined, then one would find a good number of babus holding a host of positions. Lawn tennis, table tennis, you name it and there’s a bureaucrat or an ex-bureaucrat involved in governing sports bodies. Even the rule “no member of the service shall, except with the previous sanction of the Central Government:- (i) hold an elective office in any sports association/ federation/ body, by whatever name known at State/ National level for a term of more than 4 years or for one term, whichever is less” is flouted more often than adhered to.

What is galling is who grants them the permission to take up such assignments, direct or indirect, when the AIS (Conduct) Rules clearly prohibit them from doing so and ask officers to “not place himself under any financial or other obligations to any individual or organisation which may influence him in the performance of his official duties.” Is it their stranglehold over the government that has given them the license to function with impunity? Or, is it a case of knowing the rules well so that they can break them effectively? Over to you, Sarkar!