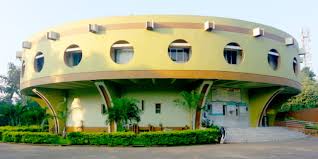 Bhubaneswar: Come June 21, the first solar eclipse of the year will take place.

So brace yourself for a wonderful spectacle on Sunday morning when this rare cosmic event will unfold as the moon passes between the earth and the sun, blocking our vision of the sun — partially or totally.

Keeping in view the enthusiasm of sky-gazers amid the COVID-19 pandemic, Pathani Samanta Planetarium has made special arrangements to conduct online classes for students on June 20.

Pattnaik went on to elaborate the significance of this solar eclipse. “This annular solar eclipse will be the biggest of the century for India. A similar one will occur in the next century. The ring of fire will be very thin. Every year we have two solar eclipses, it may go up to five a year also. It is completely dependent on the position of the moon with respect to the sun and the earth. This variation of size is usually 12 per cent. But this time it is 1 per cent, leading to a thin ring of fire,” Pattnaik said.

The eclipse will begin at 10.38 am and will go till 2.09 pm. It will be visible partially in Bhubaneswar provided clouds are not around. The maximum effect will be at 12.26 pm, Pattnaik informed.

About the arrangements being made, he said: “Since there is a complete lockdown, we will be taking these online classes on request from DAV Public School (Unit-8), Paradeep High School and Saraswati Sishu Vidya Mandir, Khandagiri. Around 200-250 students are expected to attend the forenoon classes.”

The classes will be divided into three hourly sessions, between 8 am and noon.

“We have received a lot of requests, so we are planning to conduct an afternoon session. As we are not allowing any public or media personnel within the Planetarium premises, we are planning to go live through television channels so that it becomes accessible for all.”

He exhorted people to avoid watching the eclipse without proper equipment and techniques.

Speaking about the blind beliefs associated with any eclipse, he explained: “It is not possible to completely get rid of all the prevalent beliefs or superstitions that people associate with an eclipse. There is no harm moving out during a solar eclipse, however, one should keep the lockdown restrictions in mind and avoid seeing it through naked eyes.”

Pattnaik further said that the eclipse will be clearly visible in Rajasthan, Uttarakhand, Haryana — within a belt of 270 km width, if the weather is clear.

“Coming down to Kanyakumari, the visibility will be 20 per cent and in Odisha, it will be 60-70 per cent,” Pattnaik informed.

Budding Astromers In Odisha Have Field Day At Tata Steel…