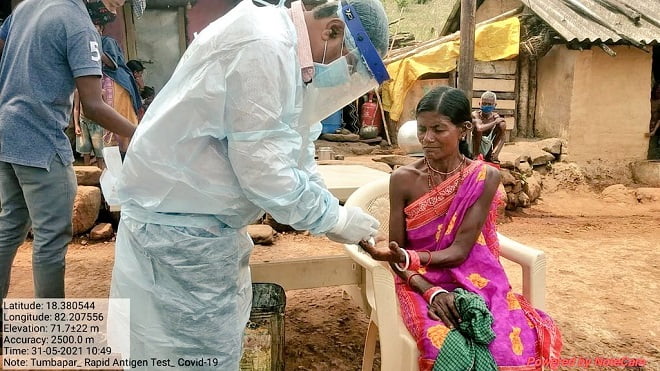 The UNDP in its report, released on Friday, termed the district’s plan as ‘a very successful model of local area development’.

The report said: ‘Malkangiri district in Odisha, which is located in close proximity to both neighbouring states of Chhattisgarh and Andhra Pradesh was an entry point for several migrant workers returning back to the state during the initial phase of lockdown. The district officials claimed to have used their new infrastructure to serve as institutional quarantine centres for migrants.’

The competitive and dynamic culture fostered by it has successfully pushed several low performing districts (as per baseline rankings) to improve their standing in the past three years.

Simdega (Jharkhand), Chandauli (Uttar Pradesh), Sonbhadra (Uttar Pradesh) and Rajgarh (Madhya Pradesh) were found to have progressed the most since the beginning of the programme.

The appraisal report said previously neglected districts, including those in remote locations and those affected by Left Wing Extremism, ‘have experienced more growth and development in the last three years than ever before’.

Prime Minister Narendra Modi launched the Aspirational Districts Programme in January 2018 as a part of the government’s effort to raise the living standards of its citizens and growth for all.