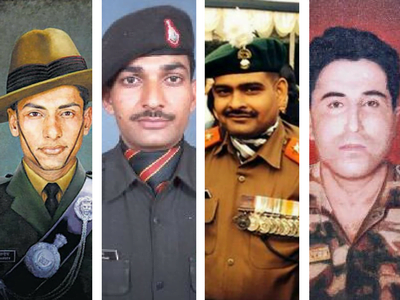 Celebrations were held across the country on the occasion of Vijay Diwas on Friday to commemorate India’s victory in the Kargil war.

The Kargil War was an armed conflict between India and Pakistan between May and July 1999 in Kargil district of Kashmir and elsewhere along the Line of Control (LoC). In India, the conflict is also referred to Operation Vijay, which was launched to flush out Pakistani troops and infiltrators from their mountain holdouts.

Here’s the timeline of the events as they unfolded in 1999:

3 May: Local shepherds in Kargil first report about Pakistani infiltrators

10 May: Infiltrations first spotted in Dras, Kaksar and Mushkoh sectors

Mid-May: Indian Army confirms that 600 to 800 infiltrators have crossed the LoC and are stationed in and around Kargil. Army moves in more troops from Kashmir Valley to Kargil sector

10 June: Pakistan returns the mutilated bodies of six soldiers of the Jat Regiment, fueling condemnation for the barbaric act

12 July: Sharif addresses Pakistan in a televised speech to explain the retreat and proposes talks with Vajpayee