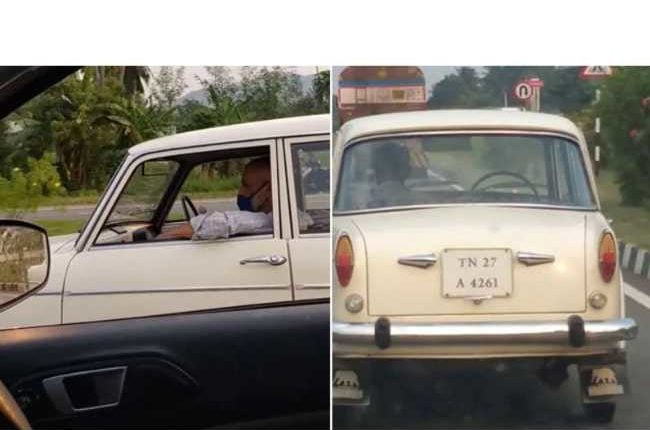 New Delhi: While self-driving cars may still be a distant dream in India, a video from Tamil Nadu in which a man is seen riding in a driverless car has left netizens bewildered.

The video, shared by a Facebook use by the name of Tagore Cherry, has been trending on various social media sites.

The video shows a man sitting in the passenger seat of a Premier Padmini, while the car is seemingly driving itself. The video was shot by someone following this apparently driverless car.

The video was posted with the caption: “Today, saw something. An old man driving his Padmini car sitting in the passenger seat. How is this possible?”

A few social media users wore their Sherlock Holmes glasses and suggested that the car may have a two-way pedal system — pedals on both sides — which is generally used by driving instructors to control the vehicle as learners take their lessons.

Some netizens claimed to identify the man in the video and said they have seen him. One user wrote, “Seen him in Vellore,” while another commented, “He lives in Vellore near our house.”