We Must Strive To Fight Tobacco And Tuberculosis Together 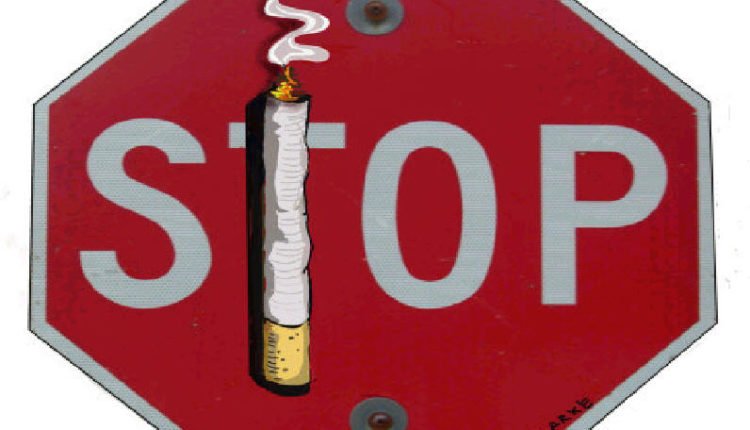 Among various development indicators, lifestyle plays a very significant role. There are certain risky behaviours which lead to diseases and misery in our life. One of these is tobacco, which continues to be a key habit to affect our lives. Tobacco habits can also lead users to other deadly addictions in life. Thus, controlling tobacco consumption will certainly reduce different risks in our life.

Tobacco has been identified as the foremost cause of death and disease that is entirely preventable. About 100 million deaths in the world, in the 20th century, were attributed to use of tobacco and it is estimated that it may kill around 1 billion people if the current trends continue. And most of these anticipated deaths are expected to take place in low and middle-income countries where the tobacco industry has shifted its efforts to create new tobacco users/smokers (Framework Convention Alliance, Moscow, October 13–18, 2014).

As per an Indian Council of Medical Research (ICMR) report, nearly 50% of cancer in males and 25% cancer in females in India are directly attributed to tobacco use. Tobacco is not only a cancer-causing element but causes many other health hazards as well.

Dr Narayan also expresses his concern about weakening of immunity caused by tobacco habits that may result in tuberculosis (TB) among tobacco users. TB is an infectious disease caused by a bacterium, Mycobacterium Tuberculosis. This is spread through air by a person suffering from TB. And any TB patient, if left untreated, can infect 10 or more others within a year.

Smoking bidi, cigarettes and hookah also severely damages the lungs, as a result of which pulmonary diseases are traced among smokers. A TB patient Rabi (name changed), living in a remote village of Odisha, believes that smoking bidi won’t have bad affects on health during continuation of DOTS, TB treatment or even after completion of the treatment.

So there is the need to spread basic awareness among TB patients in regard to smoking or chewing of tobacco. In Odisha, chewing tobacco products like gutkha, khaini, dokta, pan masala, zarda paan and others are consumed in huge quantity. Similarly, gudakhu, a tobacco paste, is traditionally used as toothpaste in various parts of Odisha.

Globally, tobacco kills nearly 10 million people each year, of which more than 600,000 are non-smokers who die from breathing second-hand smoke and most of them are women and children.

In India, nearly 10 lakh people die every year due to tobacco-related disease. And the percentage of smokeless tobacco users in Odisha (3rd highest amongst the states) at 42.9% is double the national average of 21.4% (GATS2, 2016-17). Hence, there is need to control public spitting in Odisha to fight the cases of TB in the state because we know “public spitting” is caused by chewing tobacco and there are much chances of spread of infections with spitting in public places.

Similarly, controlling smoking will also significantly help in reducing pulmonary diseases including TB. In order to achieve the national call ‘TB Haarega, Desh Jitega’, we must strive to fight tobacco and TB together! Let’s pledge to quit tobacco today and promise to keep every child tobacco-free. Let’s commit to find every TB patient, connect her/him to treatment and encourage our battle over Tuberculosis. No doubt, we shall win!

Get COVID-19 Vaccine At Doorstep In This City