Why I Found Mahua Moitra’s Speech To Be Hollow Rhetoric 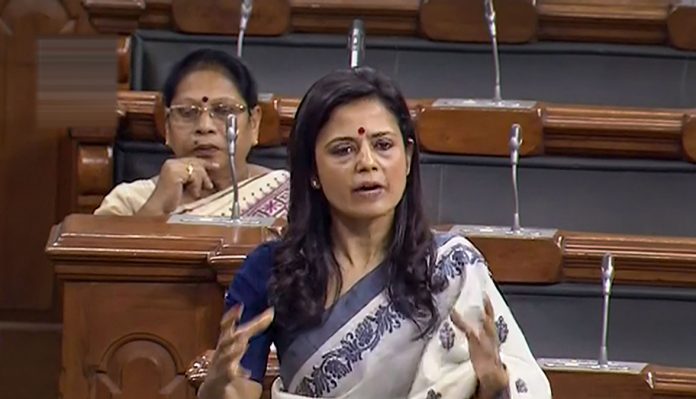 People have been hailing the fiery speech by Trinamool MP Mahua Moitra in Lok Sabha recently. Taking part in the thanksgiving motion on the President’s speech, Mahua had pointed out ‘7 early signs of Fascism in India’ in a scathing critique of the Narendra Modi government.

There is no doubt that the first time MP from Bengal has touched the hearts of the liberals, who have been feeling claustrophobic in the face of aggressive majoritarian Hindu nationalism.

Some critics, however, pointed out that her maiden speech in parliament was plagiarised from an American article. This is a rubbish allegation. Mahua had mentioned her source and citation is a common practice in the academic world. She did that.

Some were critical of her speech as they found similar signs in the West Bengal government led by her party. Therefore, they argued, Mahua did not have the moral right to talk about the Modi government’s fascist attitude. Even if this is the case, as an elected representative of the people, no one can take away her right to criticize the government at the centre.

Keeping aside these two points of contentions, I have a completely different argument to make. At the outset, let me be clear that I do not disagree with the content of her speech. Any liberal thinking Indian who is concerned with the socio-political churning in the country would agree with the points Mahua made. Still, I found her speech to be hollow and reduce it to be just her excellent command over the English language, good articulation and fine voice modulation that attracted much attention.

My question is on the ideological point of view. Mahua’s words echoed in each and every liberal Indians’ mouth and mind before the elections. The mob lynchings by the Gau Rakshak gangs, isolating the Muslims, imposition of Hindu majoritarian nationalism, mentioning of the armed forces in political rhetoric and focusing on Pakistan as an enemy to build a narrative of strong leadership and robust nationalism, breaching people’s privacy by strengthening the use of surveillance through tools like Aadhaar, gagging the media, attack on Dalits, undermining of constitutional institutions, massive unemployment and crony capitalism dominated the election campaign by the opposition camp. Still, they could not win the hearts of the majority of Indians in terms of Lok Sabha seats. Narendra Modi returned to power with a resounding victory.

What our opposition leaders perhaps fail to realize (or formulate a strong counter-strategy) that this is not a battle of these issues in isolation and it cannot be fought with traditional politicking. This is a battle of ideology. There is an organization called RSS (Rashtriya Swayamsevak Sangh) and it has a deep-rooted ideological plan for India. And its political arm, BJP, is implementing it meticulously.

They want to rewrite the history we knew about India since or prior to Independence. The idea is to erase the Nehruvian constitutional secular nationalism which is apparently liberal in nature and influenced by Western philosophy. Their aim is to establish a narrative that is rooted in Indian Hindu culture. And it is gaining popularity among the masses.

BJP has picked up icons like Mahatma Gandhi and Sardar Patel who were not ideologically aligned to RSS, but opposed to Nehru. Savarkar or Shyama Prasad Mukherjee are not as popular as Gandhi and Patel are. Those who mock the Prime Minister for blaming Nehru and Indira Gandhi’s family at every given opportunity, fail to understand that this is part of a bigger game plan to create hatred against the ideology they followed, the historical narration the socialists and the Leftists presented to us.

Soon the Mahatmas and the Patels will also go out of the leaf and the Deendayal Upadhyays and the Savarkars will capture the imagination of the Indian population.

The opposition was not ready and it is still not preparing itself to fight this ideological battle. To counter the RSS game plan, the opposition needs to be grounded on a solid ideological conviction and think about taking it to the masses. I find no such sustainable ideological foundation in either Mahua Moitra or her leader or any other opposition political group.

The Left had the potential, but they failed to adapt themselves to the situation. Instead of formulating and strengthening any counter-ideological narrative, the opposition leaders are hopping from temples to temples. Mahua’s leader is chanting Hindu mantras, stopped observing Sanhati Divas through a central rally at Kolkata’s Gandhi statue on the anniversary of Babri Masjid demolition, failed to take any stand on Triple Talaq debate and seldom utter the words ‘Khuda hafiz’, ‘Inshallah’ at the end of the speech.

I am not a political philosopher to suggest what could be the right alternative and neither am I suggesting that people like Mahua Moitra go silent. All I am arguing is that the opposition needs to think beyond the rhetoric of ‘fascism’ in the corridors of power and in TV studios. They need to touch the hearts of the masses. Else such speeches would only serve to satisfy only the liberal elites in the country. But the battle for an inclusive India based on constitutional nationalism will be lost before the opposition even takes the field.

(Disclaimer: The views expressed by the author are his own and do not necessarily represent that of the web portal)

(The writer teaches at Indian Institute of Mass Communications, Dhenkanal)