Why Rath Yatra Celebration Is Not Just About Rituals Or Keeping A Tradition Alive? 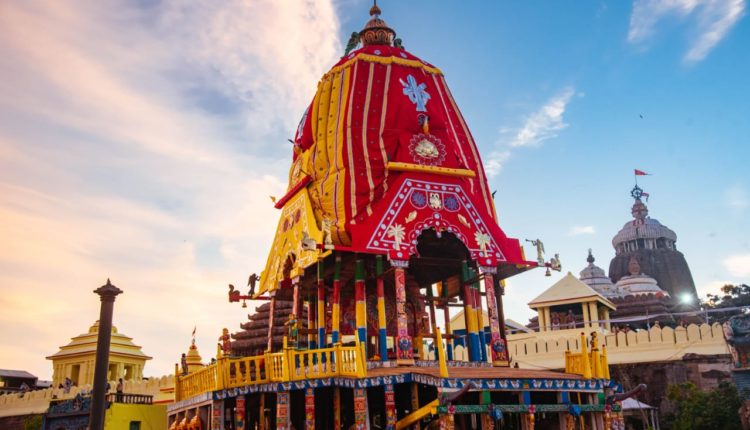 Why this unprecedented hullaballoo over conduct of Lord Jagannath’s Rath Yatra in Puri? Could it have been handled better? Was such a high-voltage controversy in the run-up to Tuesday’s event avoidable? For the non-believers and those against it, the happenings during the past few days might appear unreasonable given the ongoing COVID-19 pandemic. But for the devotees, there was so much at stake that simplifying the issue to a set of rituals or a festival or a tradition could be seen as an act of innocence or worse, arrogance of one’s ignorance.

The fact that Lord Jagannath represents the indomitable spirit of crores of people not just in Odisha but in different parts of the world, and primarily embodies the essence of the Odia culture is something that was at risk. Every year, these get exhibited in a state of frenzied excitement and unparalleled revelry during Rath Yatra when He and His siblings, Lord Balabhadra and Goddess Subhadra, in a unique manner, step out of their abode to give darshan to people of all religions and creeds.

Conducting Rath Yatra, despite the COVID threat, should not just be seen as continuing a centuries-old tradition, unbroken for 284 years, but as something that celebrates the unity of being, something that epitomises the socio-religious, socio-cultural, socio-political ethos of people of this part of the world. As the Lord of the Universe, Jagataranatha or Jagannath stands for the universality of existence and represents a phenomenon that is more than global; yet, it is His local appeal that endears Him to His devotees.

As the Divine force that holds the collective conscience of crores of believers, and yet safeguards the individual spirit, the all-encompassing bond that juggles the Limited and the Absolute, Lord Jagannath means different things to different people. He can mean a part of the whole or the whole itself; He can mean ‘Anything’ and ‘Everything’. He can be the Lord as well as the Servitor; the Worshipper and the Worshipped; the Creator and the Created. Such can be His description which is at once logical as well as abstract, comprehensible as well as beyond comprehension, confirmatory as well as contradictory.

Given the position He occupies, for the last 1000 years, especially in the state of Odisha, where a large number of people swear by His name and believe that He alone can protect them against natural calamities and possibly ward off the challenges posed by epidemics and pandemics, stopping the Lord’s annual outing, that too when His vehicle (the chariot) was ready, would have created history in a way that would certainly have hurt the sentiments and the sensibilities of countless people.

Not because there have not been instances when Rath Yatra was cancelled, but due to the circumstances that had contributed to it. In the medieval period (between 14th and 17th century), Muslim invaders repeatedly attacked the Jagannath Temple in Puri, forcing believers to shift and hide the presiding deities away from the moola peetha (original seat).

2020 certainly does not portray such a situation. Rather, it is in times like this when the human race is groping for answers to fight a dreaded virus that Faith gives hope, strength and fortitude. Which is why, celebration of Rath Yatra, though in a very restricted way as ordained by the Supreme Court and by strictly adhering to COVID-19 management guidelines, is imperative to reinforce the resolve of the teeming millions.

Let Jagannath’s juggernaut roll on the Bada Danda (Grand Road) and let Spirituality and Divinity show the way to Humanity!

Mahesh Rath Yatra In West Bengal’s Serampore, The Biggest One Outside Puri