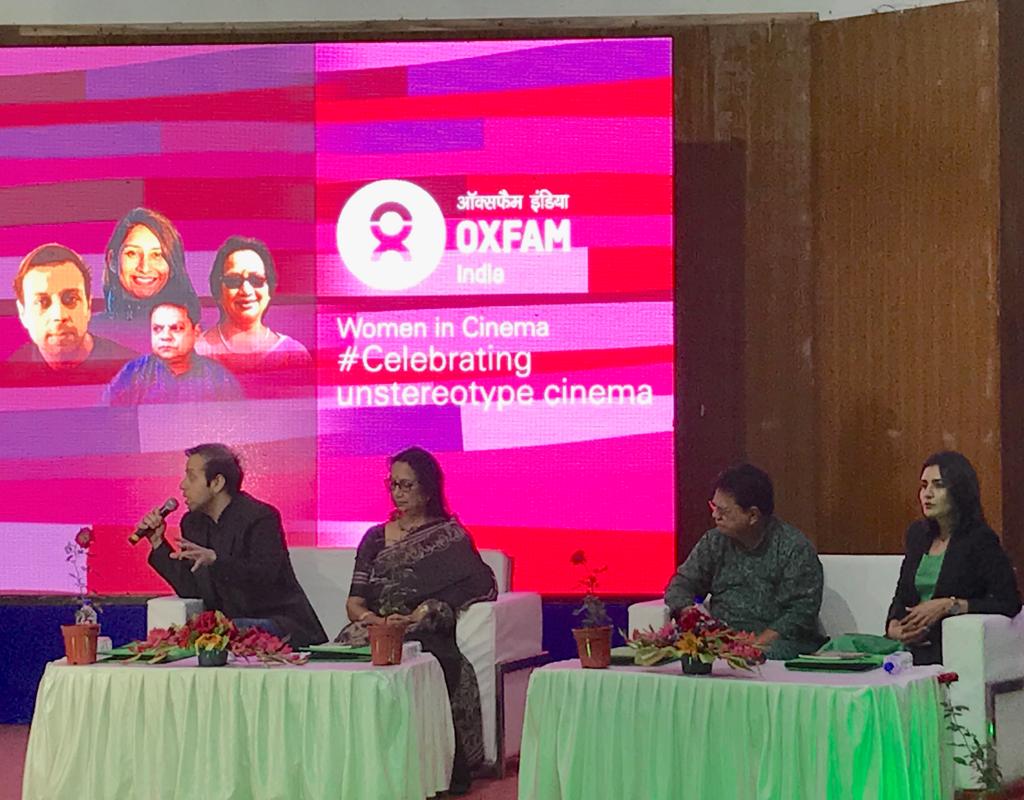 Actress Malabika Ray, who, too, was on the panel, agreed with him. “I have never felt gender difference in Odia movies,” Ray said. “We see gender difference in uneducated societies. Many Odia movies have been women-centric. Our films showcase all shades of a woman, not just of weak and helpless ones. Our movies show both soft and tough women characters.”

She cited movies like Lal Pan Bibi and Ja Devi Sarba Bhuteshu, where women have been portrayed as tough characters.

Movies generally reflect society, and from Sita Vivah to the latest film Champion, most Odia films have been women-centric, the panel agreed.

“For me every woman has a tough character within,” Ray further said. “But it is not just a woman police officer who plays a tough character. A school teacher, college principal or corporation head play out equally tough roles. And cinema is a reflection of society. The character portrayed by two lady police officers in the movie Soni is not very apart from what we see in reality. They have been facing the same difficulties in society,” Ray said.

Soni is a movie on two Delhi-based female police officers and how they react to the rise in sexual violence against women in society. The film is an attempt to understand the rage of the policewomen at the sexual violence while also being saddled with the responsibility of enforcing and upholding the law. Soni is the name of the main character in the movie while another lead character is her boss, an IPS officer.

Ivan Ayr, who directed Soni, shared her experience. So did the movie’s lead actress, Geetika Vidya Ohlyan. “The best part of the movie is that a woman is standing up for another woman,” Geetika said. “Have faith in yourself. Be strong and gentle to others. You should be focused on careers and life. Only then can you reach your goal. It is not about who is masculine and who feminine.”

The movie Soni was screened at the event by Oxfam India, Bhubaneswar.

About the quality of Odia cinema, Ray said most movies today are made for commercial purpose. “Producers put in their money if they have it, even if they have no knowledge of cinema, music or script.”

Giving his view on the quality of movies, Mohapatra said that earlier, directors and producers were devoting more time to making a film. “That is why, quality was very good then. But nowadays, many movies are made using shortcut formula,” he said.

Over 16,000 Teachers Gear Up For HSC Evaluation

Actors Like Atal Bihari Panda Are Not Born Every Day: Odisha…

Sangam Cinema In Odisha’s Cuttack To Reopen On This…