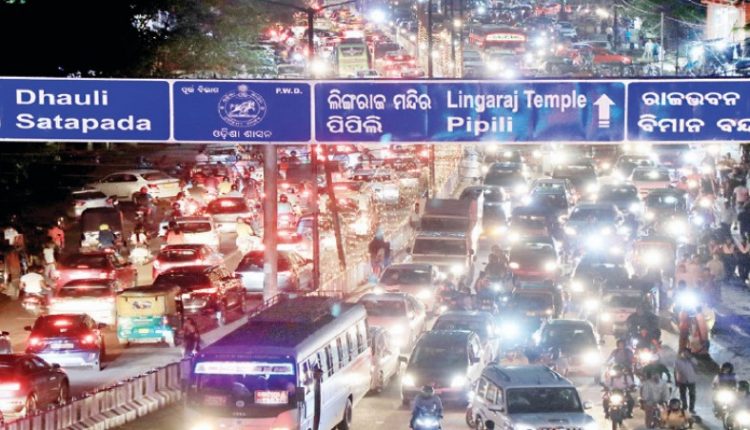 It is World Cities Day today (October 31). The theme this year is Act Local to Go Global. Local action is critical to achieving the sustainable development goals in less than eight years, that’s by 2030. Cities are at the forefront of SDG localisation since the very endorsement of the 2030 agenda. Since then, local governments have been working to advance SDG localisation by revisiting existing plan programmes.

As for Bhubaneswar, for over two decades now, it has been witnessing the loss of the spring season, winter is just in numbers, monsoon is more or less dependent on low pressure or weather disturbances and there is more or less an expanded summer. The alarm bells are ringing and it is a typical example of climate change and its impact on populations. While pledges like the Paris Agreement have been made on international platforms, the global community is still far from meeting the needed climate action goals, and cities like Bhubaneswar are already witnessing the consequences. The planet continues to warm up, July 2022 saw persistent heatwaves affecting the globe, reaching record temperatures, as high as 47 °C in some parts of Europe, which is an unprecedented phenomenon.

While heatwaves affect most areas, researchers have been observing hotter temperatures in urban areas as compared to rural ones. This is because cities lack natural shade. At the same time, concrete buildings and roads absorb more sun rays during the daytime, causing the release of accumulated heat back during the night. Green landscapes have a cooling effect and the lack of greenery in urban areas makes them even hotter. This phenomenon makes life in urban areas much hotter than in the countryside and it is called the Urban Heat Island Effect. Bhubaneswar has both examples when one visits Smart Janpath and Patel Marg on a summer lunch hour. The temperature at between both places is almost 4 to 7 °C.

Considering that in the next two decades, 40% of the Odisha population will live in urban areas, the Urban Heat Island Effect would be impacting an increasing number of people and cities in the state. This is also true for Odisha, particularly Bhubaneswar, which, over the past two decades, has seen rapid urban and population growth and little investment in green infrastructure. A recent study on the effect in Bhubaneswar confirmed this, saying that the city is hotter compared to areas with a higher level of vegetation. It cited Bhubaneswar’s population density and lack of greenery as the main contributors.

Limited green areas coupled with record-high temperatures pose health challenges to the everyday lives of people, especially vulnerable groups like the elderly, people with chronic diseases, children, pregnant women, and those who work outdoors, such as construction workers and athletes. The risks can be serious and range from heat exhaustion to cramps and most severely – heat strokes.

On top of the immediate health risks that heat waves pose, increased temperatures intensify existing environmental issues like pollution and poor air quality. Specifically, scientists have proven that heat waves have an impact on increased levels of ground ozone, which aggravates respiratory diseases like asthma and chronic bronchitis. Additionally, high temperatures entail high energy consumption for cooling, which contributes to increased air pollution, especially in places like Bhubaneswar, which rely heavily on coal for energy production.

With accelerating urban growth, it is important to recognise the challenges and factors that make cities uniquely vulnerable to climate change, air pollution and urban heat. The local government in Bhubaneswar must work with authorities at the central and local levels to advance green transition. Similarly, the state government must support local governments in developing action plans to address air pollution and climate change, promote sustainable urban mobility as well as install solar panels – contributing to carbon-neutral development while nurturing innovative solutions for a green transition, and more sustainable and resilient systems.

Using behavioural science, Bhubaneswar must aim to reduce the number of cars in the city centre as well as the old town, which will result in a reduction of emissions and air pollution. Similarly, together with the community, Bhubaneswar must co-create a collaborative platform enabling communities, local businesses, civil society and municipal councils to work together towards developing green infrastructure and green areas, which will reduce the accumulation of heat in urban structures.

Although not easy, taking climate action to make cities sustainable and more resilient to crises, including extreme heatwaves, is possible and urgently needed to keep cities and future generations safe. By doing so, Bhubaneswar will not only be able to bring nature back into cities, but it will also enhance the overall quality of life and ensure livable urban areas for tomorrow.

Bhubaneswar must revisit and restructure its morphology while pursuing a green goal as well as achieving greater social inclusion. This means, how is Bhubaneswar preparing for the doubling of its population by let’s say, 2040? By dramatically rethinking urbanism and its governance. That means planning Bhubaneswar as a city for people, not cars; allowing everyone access to urban opportunities; investing in resource-efficient buildings, transport, energy, water and waste systems; and enabling neighbourhoods to experiment and to learn from each other in cooling down the city and bringing back the spring.