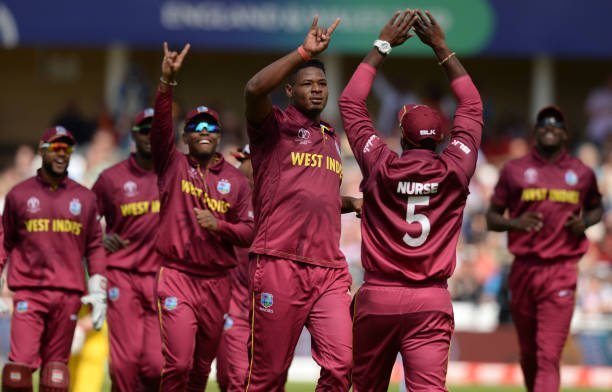 Sizzling pace, a flurry of bouncers, in your face combativeness and raw intimidation. This West Indian pace unit may not be a match to the fearsome quartet of Michael Holding, Andy Roberts, Colin Croft and Joel Garner by a long stretch, yet it carries a definite whiff of the Windies of the old. Call it attitude. It was missing in the Caribbean side for many years. It seems to have got it back.

The result of the West Indies-Australia encounter on Thursday does not tell you the full story of the re-emergence of the former as a force in world cricket. It was a loss for the former alright, but for those yearning for the fearless and flamboyant days of the side, the match had many takeaways.

To begin with, the bowlers. They were making the Australian batsmen hop and skip at the crease again, forcing them to duck and take blows on the body. Raw aggression was in ample evidence as Sheldon Cottrell, Oshane Thomas and Andre Russel charged in to hurl thunderbolts, one after another. Sure, speed of 140-plus is ordinary these days and Mitchell Starc bowled quite a few at 150-plus, but the Caribbean trio exuded more menace with their intent to strike fear. West Indian bowling was always known for that. For those who have memories of the likes of Malcolm Marshall and Patrick Patterson operating in tandem decades ago would understand it better.

Scalping five for 79, all wickets accounted for by pacers, they had Australia on the mat at Trent Bridge before Steve Smith, Alex Carey and later Nathan Coulter-Nile staged a brilliant recovery act. The West Indian bowlers of the golden era would have closed the matter much before than 288 the Aussies ended up with and yielded less runs, yet it was thrilling to watch the new lot go all out with passion. The team has re-discovered its bowling mojo and one would expect it won’t allow it to slip away again.

Flair. That one word aptly describes West Indian batting. There’s a certain distinctive way they go about it that makes them a fascinating watch. The stroke-making is full of authority and with a clear hint of arrogance. Imagine a gum-chewing Vivian Richards clobbering bowlers of all hues with a degree of disdain. And think of Chris Gayle or Andre Russel now. The form may have changed, but there’s hardly any departure in substance. The flair cannot be missed when the likes of Sai Hope and Nicholas Pooran or Shimron Hetmyer occupy the crease.

The match on Thursday had enough glimpses of the West Indian flair. The addition to it was the cool headedness of skipper Jason Holder. He almost took the game away from the Aussies in his role as an inning-builder and anchor. It is another story that they came 15 runs short in the run chase. Perhaps without a few umpiring howlers – for instance, Chris Gayle was given out to a delivery that he should have got as a free hit – the result would have been different. However, the defeat does not take anything away from the class of the Windies.

Australia, of course, played magnificently. It takes great team work to revive a floundering inning. Coulter-Nile had a dream day with the bat and the ball and Smith and Alex Carey proved why Australia is considered the best when it comes fighting it out in challenging situations. The pacers bowled quick and spinners had the rival batsmen on a leash. It was great team work under a testing situation. They deserved the win. This spirit may get them the Cup too.

However, at the risk of being called partial, one must say Australia won the match, but it was the born again West Indies that won hearts.