World Cup 2019: What If Du Plessis Had Not Floored Rohit’s Catch? 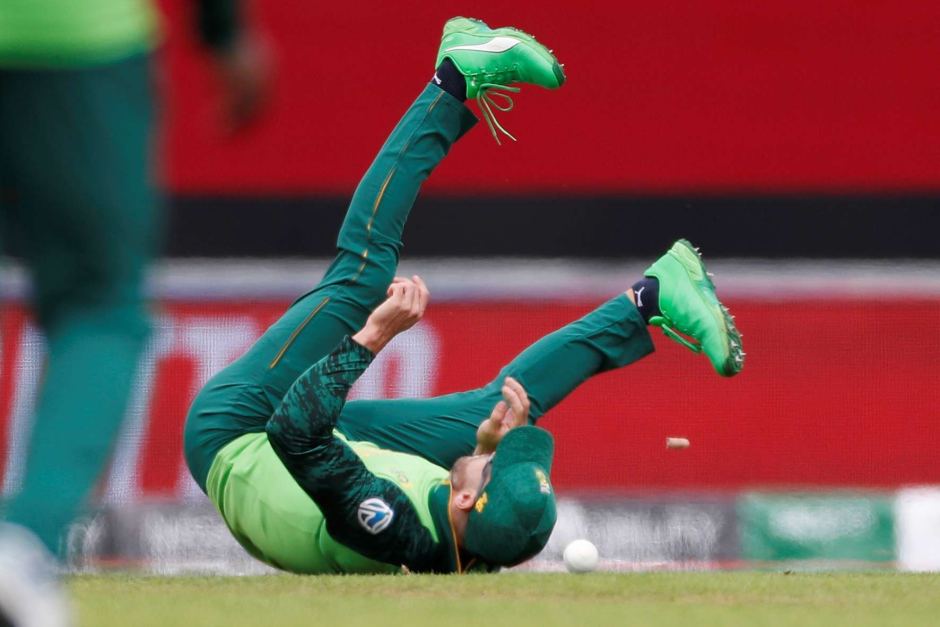 What if Faf du Plessis had latched on to that loopy catch in the slips to get Rohit Sharma out? What if the half-chances offered by Indian batsmen in the beginning of their run chase against South Africa ended up in the hands of the close-in fielders? What if the Proteas had 25 runs more on board? What if they had a better bowler to support Chris Morris and the inspired Kagiso Rabada?

Well, these what ifs get dumped from memory immediately after a heart-warming result. But the real fun in any sport is the presence of these possibilities and their probable impact on the outcome. The catch by du Plessis could have left India tottering in the vicious opening overs on Wednesday. With Shikhar Dhawan gone after a few more deliveries and Virat Kohli not long after, a wicket more could have left India in serious trouble. Similar was the case with the half-chances. But then all sport carry an element of luck and uncertainty. The best make the most of them. Poor teams fail to ride on them to success.

India, it goes without saying, made most of their chances like true champions in their first encounter in this World Cup. South Africa, on the other hand, displayed all the traits of a loser. First, the inability of the team to plan an innings and build long partnerships was amply evident all over again. Top order batsman van der Dussen went for a reverse sweep to Yuzvendra Chahal, a shot totally uncalled for at that stage of the match. At 78 for two, the focus should have been to consolidate the innings, not play fancy shots.

You cannot blame luck when your approach is plain stupid. When the top batters are back in the pavilion and the bowling is tough to negotiate, the simple task is to hang around and take your chances with loose deliveries when they present themselves. The idea of rotating strikes and accumulating runs through singles and twos may appear old school in the age of T20s, but they are still relevant when the going gets tough out there. The bowlers displayed great combativeness and application to defend a measly 227-run target. The same sense of application from batsmen could have made the Proteas look better after two defeats.

They could have studied the knock by Rohit Sharma a bit harder if they were serious about making a strong come back in the World Cup. With some ferocious bowling from Rabada in particular and Chris Morris in the initial overs, the Indian opener’s strategy was to weather the storm and carry on. In the end, it was an innings of immense grit and character. Virat Kohli was not off the mark when he said it was one of Rohit’s best knocks. Take out that century from the equation, and India would appear fragile. But that is how things are. Just one person is required to stand up to the challenge and the rest falls in place.

On a lively wicket, it was a contest between the bowling units of both sides. Both acquitted themselves well. The Indian attack, spear-headed by Jasprit Bumrah, and ably backed by the other pacers and spinners Yuzvendra Chahal and Kuldeep Yadav, choked the South African batting by making free-flowing stroke play a high-risk affair. This was particularly true of the spinners controlling the middle of the innings. Bumrah, as usual, was unplayable on a wicket that offered bounce and lateral movement and Bhubaneswar was his controlled self.

The South African bowlers were all fire and brimstone from the word go. The fact that they made India struggle till the 48th over in a low run chase speaks volumes about their quality. If they had a Dale Stein or a Lungi Ngidi around, the result could have been different. The same bowlers could have delivered success to South Africa if they had 25 runs more to defend. The blame rests solely on the lacklustre performance of their batters.

In the final count, the better team won the contest. India must be credited with conducting themselves with great maturity. Hope they carry on like this and make the what ifs a matter of wisdom in hindsight.

Crocodile Tracking To Begin In Odisha