A Voyage To The Past: When Monsoon Winds Supported Sadhavas Sail 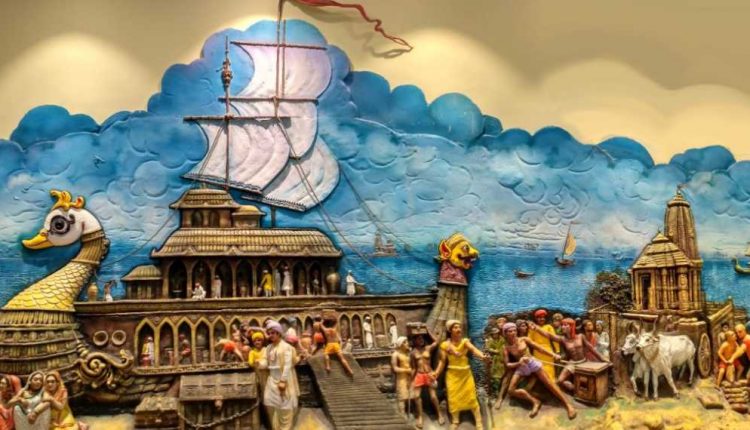 Lest the significance and purpose of celebrating Bali Jatra get lost in the din of current day celebrations, it is important to bring to the fore, year after year, the history behind it. The younger generation must know that there is more to Bali Jatra than celebrity performances and some rituals.

The Bali that all of us know as a tourist destination, was once an important trade destination for sailors from erstwhile Kalinga. Back then, in the 2nd century AD, it was ruled by Emperor Ashoka, under whose rule trade with South-East Asia flourished. Bali had a lot to offer to Indian traders, who travelled months on end to the island to obtain spices, pearls gems, silk, camphor, beeswax and sandalwood.

When the sailors began their voyage on the day of Kartika Purnima, woman would gather near the water body and pray for the safe journey of their husbands and relatives.

The tradition is observed to this day. Although there are no ships and sailors, small boats made of paper, banana stem and cork, with diyas placed inside, are left afloat in water bodies as symbols.

At the end of the second century BC, on the first full moon night of November, just as the winds are getting stronger symbolising the onset of winter, the Indian mariners are said to have learned about monsoon winds. Their new-found knowledge about the winds and ocean currents encouraged them to sail to a more southern route across the Indian Ocean and onwards to the islands of Indonesia. It is fascinating that Chilika Lake was a starting point for such voyages.

The vessels from Kalinga used the north-eastern monsoon winds that blow from mid-November to sail down the coast to Sri Lanka. They probably stopped over at Lanka for trade before sailing down the Straits of Malacca towards Palembang and taking the sea route to Borneo and Vietnam. Alternatively, they could head south hugging the western coast of Sumatra to Bali and Java. They also returned with arrival of the monsoon winda in Odisha.

Since Bali was an important port and city, this tradition came to be known as Bali Jatra or voyage to Bali.

Traces Of The Past

Such were the trade relations between the rulers of Kalinga and Indonesia, that it is believed that the islands of Java and Bali derive their name from the names of Odia kings.

According to Sir William Wilson Hunter, a Scottish historian, “The islands of Java and Bali were colonised from the Kalinga or Orissa coast in the first century AD, and a five hundred years later, an Orissa harbour formed the starting place for a voyage to the Java Archipelago. This conjecture obtains a further probability from the fact that Bali, the sacred island of the Javanese, bears the name of the hero in the Indian epic, whose kingdom tradition assigns to Orissa.”

A stone carving of ships on the Brahmeswara Temple in Bhubaneswar is a testimony of the sea voyage of the people of Kalinga. This stone carving is preserved in the State Museum of Odisha in Bhubaneswar. Similar archeological evidence is also available at the Sun Temple in Konark and the Jagannath Temple in Puri. Stone carvings collected from Konark and preserved at the National Museum in Kolkata also point to the existence of maritime trade of the ancient Odisha with Indonesia.

Similarly, in Bali, the cultural traits and habits of the people are testimony to the close relationship with Odisha. The Sambalpuri weaving has its Balinese counterpart in Balinese tie-and-dye weaving techniques. Also, a sect of Balinese Brahmins calls themselves ‘Brahmin Boudha Kalinga’. If Bali Jatra marks the commencing of the annual journey to Bali, a festival, Masakapam Kapeish, held in Bali commemorates the return of the traders to Kalinga.

Loy Krathong Is To Thailand What Boita Bandana Is To Odisha