Amazon Opens Its Biggest Building In Hyderabad Having Helipad & Showers 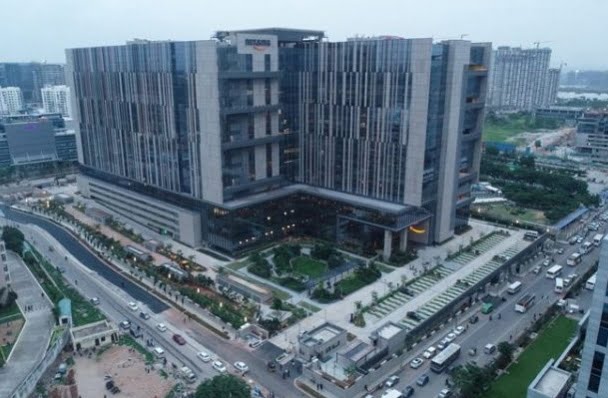 E-Commerce giant Amazon is stepping up its game in India to counter the massive expansion led by competitor Walmart-Flipkart. The Seattle-based company opened its largest global campus in Hyderabad on Wednesday.

The new building spans 1.8 million square feet of office space and will accommodate 15,000 workers. It is the company’s biggest office in the world and the only Amazon-owned building outside USA.

The building has a helipad on the top and has an all-day cafeteria. There are inter-faith prayer rooms, quiet rooms, mothers’ rooms and shower rooms as well.

Amazon is reportedly negotiating a 10% stake in one of India’s largest brick & mortar retailers, Future Retail.

ITC Not To Acquire Stake In Cafe Coffee Day