Bollywood Movies That Portrayed Doctors With Swag And Dedication! 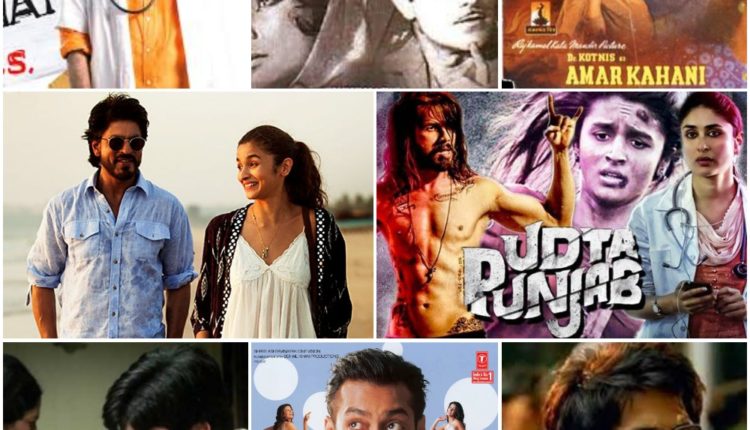 Mumbai: Doctors are often placed on the same pedestal as God because they risk their own lives to treat and save others.

Whenever we think of a doctor, an image of a person donning a white coat carrying a stethoscope comes to our mind.

However, our Bollywood filmmakers — who are known to give a twist to characters in their films — have projected doctors with swag in several movies.

Here’s a list of Bollywood movies in which doctors were portrayed in a new avatar:

And now, here are some Bollywood movies which portrayed the beautiful bond between doctors and their patients:

6. Rajendra Kumar in Dil Ek Mandir — Directed by C. V. Sridhar, the film stars Rajendra Kumar, Meena Kumari and Raaj Kumar in lead roles. In this film, Rajendra Kumar plays the role of a dedicated doctor, who treats a terminally-ill patient (Raaj Kumar), who is also the husband of his ex-girlfriend (Meena Kumari). Rajendra Kumar, despite being heartbroken, treated his patient with full dedication and in the process lost his life.

7. Rajaram in Dr. Kotnis Ki Amar Kahani — The film stars Rajaram Vankudre Shantaram as Dr Dwarkanath Kotnis and Jayashree Kamulkar as his love interest. During the Second World War, Dr Kotnis was sent to China to provide medical assistance to the troops fighting against the Japanese. There he married a Chinese girl (Jayashree) and, on their wedding night itself, the couple set out to help the wounded. Soon, a plague starts and Dr Kotnis injects himself with the virus in order to find a cure for it. After developing the antibody for it, he succumbs to epilepsy.

8. Amitabh Bachchan in Bemisal — Amitabh Bachchan plays the role of a doctor who sacrifices his love interest as well as his profession later on, for making the other doctor, who is his friend (played by Vinod Mehra), realize the importance of making use of medical knowledge for the betterment of people.

9. Amitabh Bachchan in Anand — Amitabh Bachchan portrays the beautiful relationship a doctor can have with his patient. Amitabh, in the role of Dr Bhaskar, gets emotionally attached to his patients and gets hurt when he is unable to cure them. Once he gets a cancer patient (Rajesh Khanna), Bhaskar tries to find alternatives for treating the incurable disease. Before succumbing to the disease, his patient teaches him not to take life and death so seriously.

10. Waheeda Rehman in Khamoshi — The film revolves around a dedicated nurse (Waheeda), who gets emotionally attached to her patient (Dharmendra). When her feelings are not reciprocated, she is left heartbroken. Then, she gets attached to another patient (Rajesh Khanna) under her care. Unable to balance work and emotions, she becomes emotionally deranged. The takeaway from the film is that even doctors and nurses are humans like us.