Budding Odia Medico Strikes A World Record With His Knees 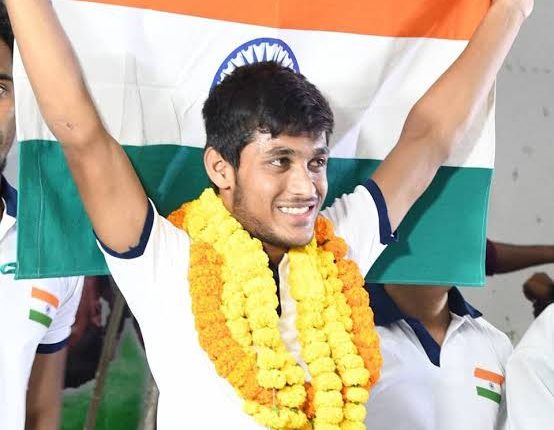 Bhubaneswar: A medical student from Bhubaneswar, Sachin Behera, has set a world record for striking an object with his knees, alternatively, for the most number of times (137) in a minute.

Sachin, a third year student of Hi-Tech College of Physiotherapy, received the Guinness World Record certificate this month. He had attempted the record-breaking feat in March this year.

The previous record of 115 knee strikes in one minute was made by Jayant Reddy.

“Being a sprinter, knee strikes were a part of my regular practice. I focused on my knee strike speed under the guidance of Satyapira Pradhan, the Guinness World Record holder for most number of punches,” said the 19-year-old youth.

Sachin, who hails from Larka village in Boden block of Nuapada district, claims to be the first individual in the district to hold a Guinness World Record. He has also won several prizes in sprinting events, including a gold medal for 100 metre race in Chennai.

Sachin wishes to become the fastest sprinter in India. “At present, I am focusing on running, skipping and other exercises and practising for at least 10 hours regularly. I wish to break the national record. I also have a dream to represent India in Oympics and other international events and bring medals for the country,” he added.

World Tourism Day: Stay Healthy By Cycling And Be A Tourist In Your Own City