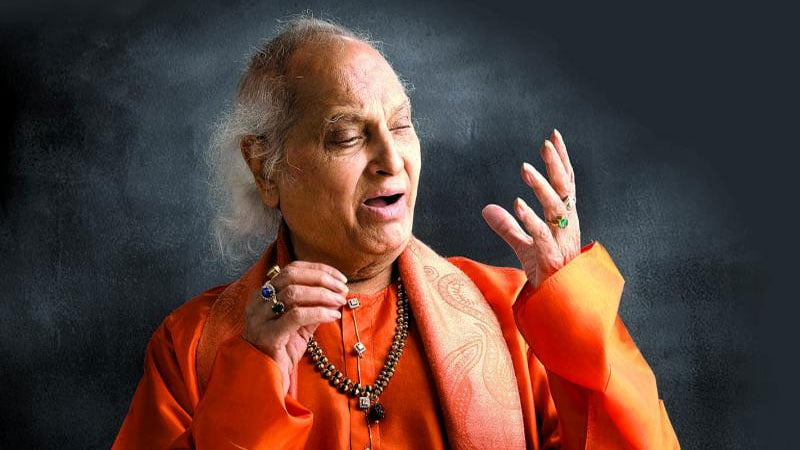 A minor planet, between Mars and Jupiter, has been named after Pandit Jasraj, the doyen of Indian classical vocal music. The announcement was made by Nasa’s Jet Propulsion Laboratory (JPL) on September 23, 2019.

The International Astronomical Union (IAU) has named minor planet 2006 VP32 (number – 300128) as ‘Panditjasraj’, discovered on November 11, 2006, by Catalina Sky Survey, whose telescopes are based in Arizona in the United States. ‘Panditjasraj’ traverses the cosmos between the orbits of Mars and Jupiter.

With this honour, Padma Vibhusan recipient Pandit Jasraj has become the first Indian musician to join the galaxy of immortal composers like Mozart, Beethoven and Tenor Luciano Pavarotti.

“It was made official by IAU on September 23, followed by a citation,” His daughter Durga Jasraj told the PTI. “Blessed….in this honour one can experience only God’s grace,” said Pandit Jasraj from the US.

“Sangeet Martand Pandit Jasraj (born 1930), is an exponent of Indian classical vocal music. As life dedicated to music, Jassraj is recipient of many awards, honours and titles, including the prestigious Padma Vibhusan and the Sangeet Natak Akademi Award. His distinctive voice traverses remarkable four-and-a-half octaves,” reads an IAU citation, available on the California Institute of Technology’s database on small planetary bodies.

“It’s the proximity of this named planetoid to Jupiter, or Guru, that strikes a chord. What I have today is due to the blessings and grace of my Gurus and I dedicate this honour to Bharat,” said Pandit Jasraj to the Hindu over the phone. Pandit Jasraj already has a constellation and a piece of moon named after him.

As minor planet discoveries are confirmed they are given a permanent number by IAU’s Minor Planet Centre. ‘Panditjasraj’ minor planet can be seen on their official website with the number 300128, Pandit Jasraj’s date of birth in reverse order (28.01.30).

As it stands, there is a proper process through which celestial bodies such as planets and asteroids get their names. The discoverer team is expected to write a short citation, explaining the reasons for assigning the name, according to the IAU’s guidelines. All names proposed are judged by the 15-member Working Group for Small Body Nomenclature (CSBN) of the IAU, comprising professional astronomers with research interest in minor planets and/or comets from around the world.

Teen Dies In Sleep After Phone On Charger Explodes