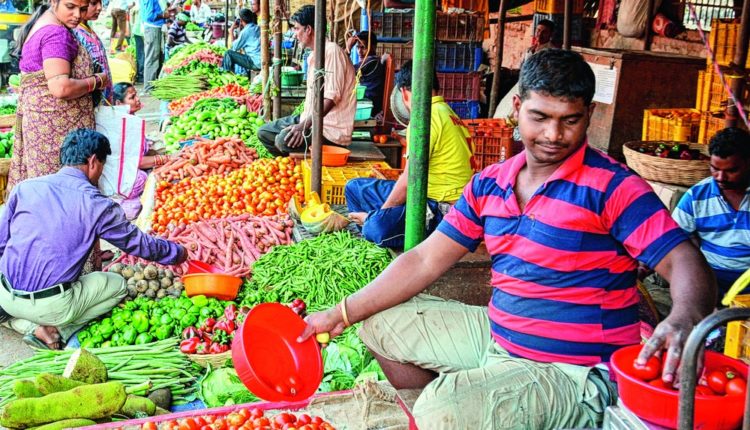 Bhubaneswar: A steep hike in the prices of essential commodities during the lockdown period has triggered resentment among the people across the state.

In Bhubaneswar, the price of potato, which was sold at Rs 15 a kg before the announcement of the lockdown order, has soared to Rs 25-Rs 30 per kg at most places while the price of the onion has gone up from Rs 25 to Rs 30 a kg.

Asked about the steep rise in the price of potato, Manas Sahu, a vegetable vendor of VSS Nagar market said that he used to bring about 8 packets (30 kg per packet) of potato from the wholesaler. But after the lockdown order, he is now able to procure only a maximum of five packets. “If the wholesalers sell potato at Rs 20 a kg, we have to sell at Rs 25,” he added.

Sahu said that the price of potato will go up further as wholesalers have said that they are running out of stock due to non-arrival of stock from the neighbouring states due to the lockdown. “But how far this is true we do not know. It is up to the state government to ensure that there is no artificial scarcity of potato as we suspect that some wholesalers are deliberately hoarding the vegetable,” he pointed out.

He also said that the price of onion has also gone up in the city.

Talking to Odisha Bytes, Priya Ranjan Padhi, a senior citizen, attributed the skyrocketing prices of the vegetables to panic buying.

“I fail to understand the mindset of the people. When the state government has announced that there will be no shortage of essential commodities during the lockdown period, why are they stockpiling in their houses?” Padhi wondered.