Defining Our Identity: A Necessity In These Troubled Times 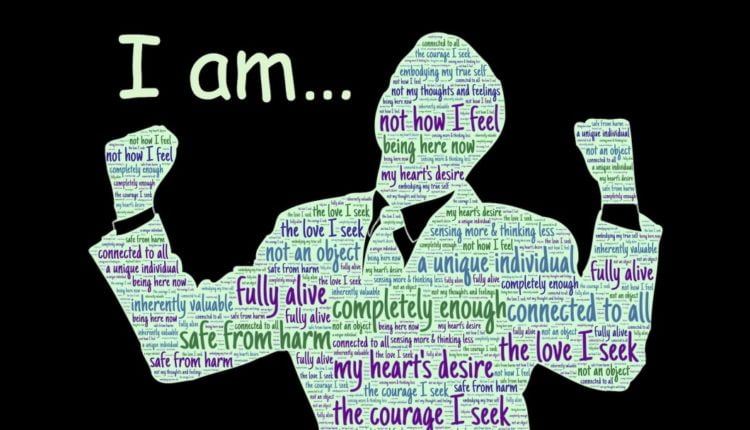 Who are you? Almost all of us have been asked this question in some form or other, at many points in our lives. We probably defaulted to our name, maybe a designation if it was at the workplace or identified with a relationship like a parent, child or spouse. Our response, probably, depended on the context of the person posing the question.

But what exactly is our identity? It is who we are as a sum total of all the above plus a few other things. It is our qualities, our beliefs and our entire personality that make us a unique individual. Identity is who we were in the past, what we are in the present and how we and, to an extent others, envisage us in the future.

The psychologist Erik Erickson proposed a framework comprising three main components — the ego or “I”, our unique personal habits of “me” and the social and cultural identity of “us”. Our identity or personality is a dynamic construct, a balance between these three components.

The “I” starts developing early as we grow from a baby and become increasingly aware of ourselves. The “me” starts to develop when we are exposed to various social factors and influenced by people in our environment, from our childhood. The socio-cultural identity starts forming primarily around the adolescent years, based on the social environment we grow up in. However, the “me” and the socio-cultural aspect of “us”, keep evolving throughout our lives.

The finding of ourselves in a social context is also the hardest, as we struggle to strike a balance between staying true to ourselves within the social construct available to us. Going too independent may lead to social alienation and make us misfits. However, conforming too much to current established social norms can lead to internal conflicts and unhappiness. Sometimes it is necessary to take a stand, for our principles and our sanity.

No one is born with inherent social or religious beliefs. As we are exposed to varied perspectives, we pick what we think is right and keep developing our views. Exposure to different concepts opens up our world to diverse opinions and options. It can happen through information gathered from travel, reading, a strong personal experience, teachings, a social event or even self-realisation. Thus, something we thought was the ultimate truth in our teens may be more of a grey area in our 30s.

The Internet and resulting globalization have had a very pronounced effect on this fluidity. Emigration and the subsequent biculturalism is a good example. Biculturalism is when a person has exposure to two cultures and tries to fit in and identify with both. He/she amalgamates cultural values, picks what is comfortable, acceptable and creates a unique personalised blend.

Take an example of a first generation Indian American, who upholds the traditional family values of old but also does not shy away from confronting interpersonal disagreements directly, if required. They may seem opposing ideas, but most people manage to strike a balance. It helps them identify with both cultures and thrive. Their ideologies are unique and can change over time as they imbibe more values from both societies.

What we are, our genetic makeup does not change. However, who we are, can change with time, based on our social environment and with the right impetus. The whole paradigm of change of heart and reformation is based on the concept that we can change a part of our personality.

Usually society places the burden of having a well-defined strong identity on a man rather than a woman. Women are given a degree of flexibility in either having a strong identity of their own or just depend on relationships to define themselves.

However, sometimes they may be forced into a socially conformist personality driven by indoctrinated beliefs. It does not take away their identity per se, rather takes away their choice. Some culturally progressive societies advise women not to define themselves by negative, self-limiting notions like their looks, people’s opinion, financial status or even their past. In any case, it is essential for everyone to have an independent identity, to be able to participate in society and live a fulfilling life.

But what if we are denied one completely? Afghan women are fighting for the right to reveal their own names. They have no named birth certificate, no name on a wedding invitation and no name even on their tombstone. They do not exist in the legal system as they have no form of ID card. No one outside their immediate family is allowed to call them by their names and they are always referred to by a relationship, as a daughter, wife, mother, etc. In fact, it is considered dishonourable to even refer to a woman, outside their immediate family, by a name.

It’s an extreme case of curbing the very existence of a person by denying her a legal entity, a basic human right. Here a name is an amalgamation, a representation of a personality, so denying them one is equal to stripping away their identity and making them ghosts.

Just like in the past, women were not allowed to study, vote or hold jobs in various countries and have changed now, I hope Afghan women can start their journey to create their own identities by winning this battle soon.

Today we take our right to a birth certificate and other legal documents for granted and sometimes even crib when we have to create or update one. It’s a privilege we should appreciate more.

We are indeed fortunate to live in a relatively modern society, which lets us develop into an independent person, with our own opinions and beliefs. It lets us make our own decisions rather than force us into a predetermined mould. If we stay true to our own self and our beliefs, rather than be swayed by social demands, we will live a happy and rewarding life.

Maybe it’s time we think carefully and consciously about who we are, what we stand for, what we want to do and where we want to go next. So, the next time someone questions our identity or tries to influence ours, we are better prepared to face it.