Flashback 2020: Deaths That Left A Void In Odisha Film Industry 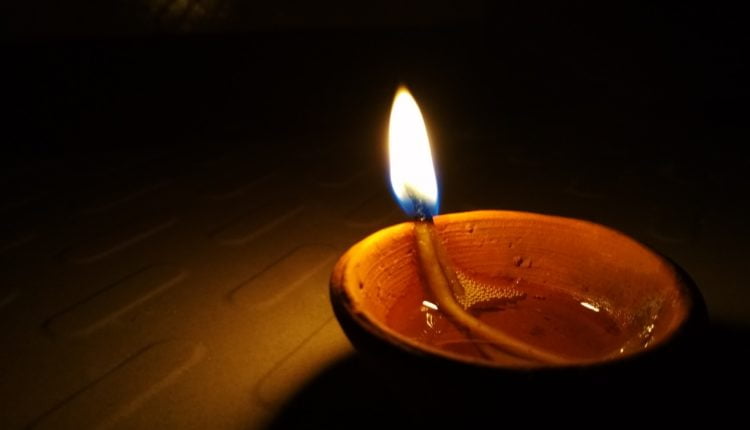 Bhubaneswar: The Odia entertainment industry lost some noted artistes and technicians in 2020 and their absence has created a void that can never be filled.

Here’s a look at all the eminent film personalities we bid adieu to this year:

It was an end of an era for Ollywood which lost two stalwarts, whose endearing screen persona charmed millions of fans over four decades, within a gap of two months. 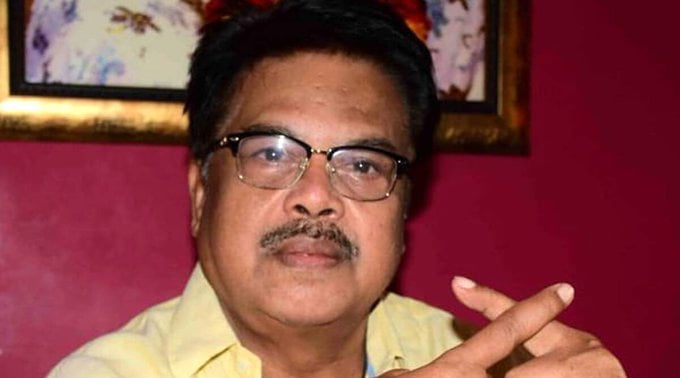 On the night of July 20, Odisha was left teary-eyed with the demise of the versatile actor that Ollywood ever had. Bijay Mohanty was ailing for some time and had undergone treatment at a leading hospital in Hyderabad after suffering a heart attack. Respecting his wish to be home, he was brought back to Bhubaneswar by road in a special ambulance bus from Hyderabad on June 14. But he was taken ill again on the evening of July 20 and was rushed to the Care Hospital where he breathed his last within an hour of being admitted.

Bijay Mohanty made his debut in a negative role in the film ‘Nagaphasha’ in 1977, effortlessly moved on to lead roles later and played character roles in his final few years. He received the state film award as Best Actor six times, as Best Supporting Actor thrice and Best Actor in a Comic Role once. He was conferred with the Jayadeva Award in 2014 for his lifetime contribution to the Odia film industry. 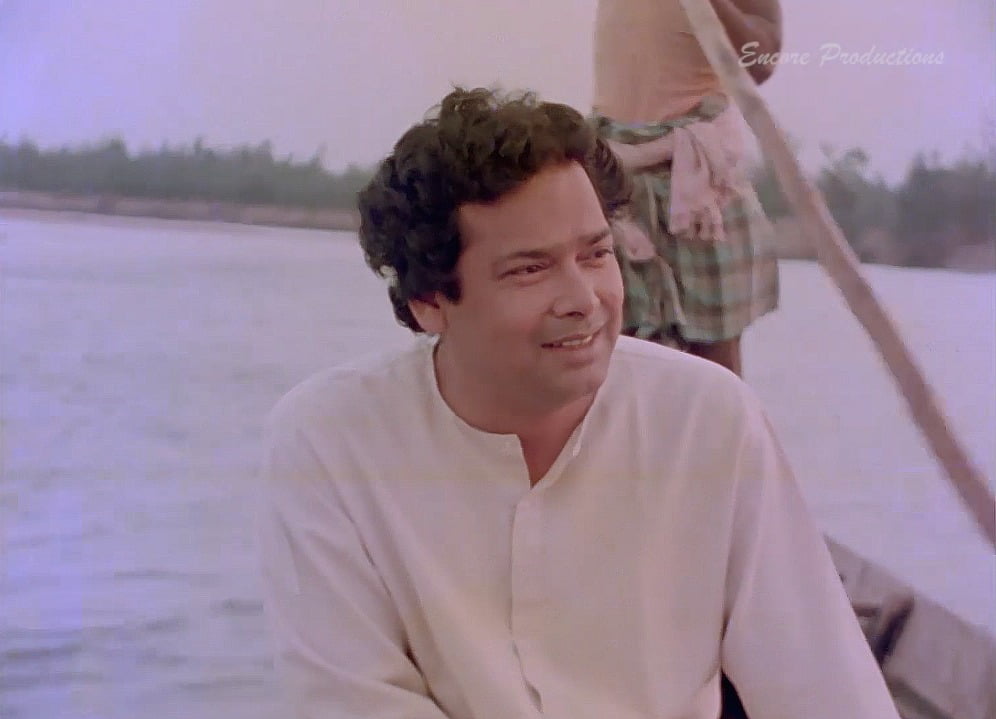 Barely two months later on September 14, veteran Odia film actor Ajit Das, known for his acting prowess in films such as Hakim Babu and Tundabaida, died at a private hospital in Bhubaneswar while undergoing treatment for COVID-19. The actor-turned-dramatist not only gave Odia film industry meaningful cinema but also shaped classical theatre in Odisha. His last film, Ishq Puni Thare, was released in September 2018.

Earlier in the year, the state had lost some rare gems who will continue to live through their films, cinematography and music. 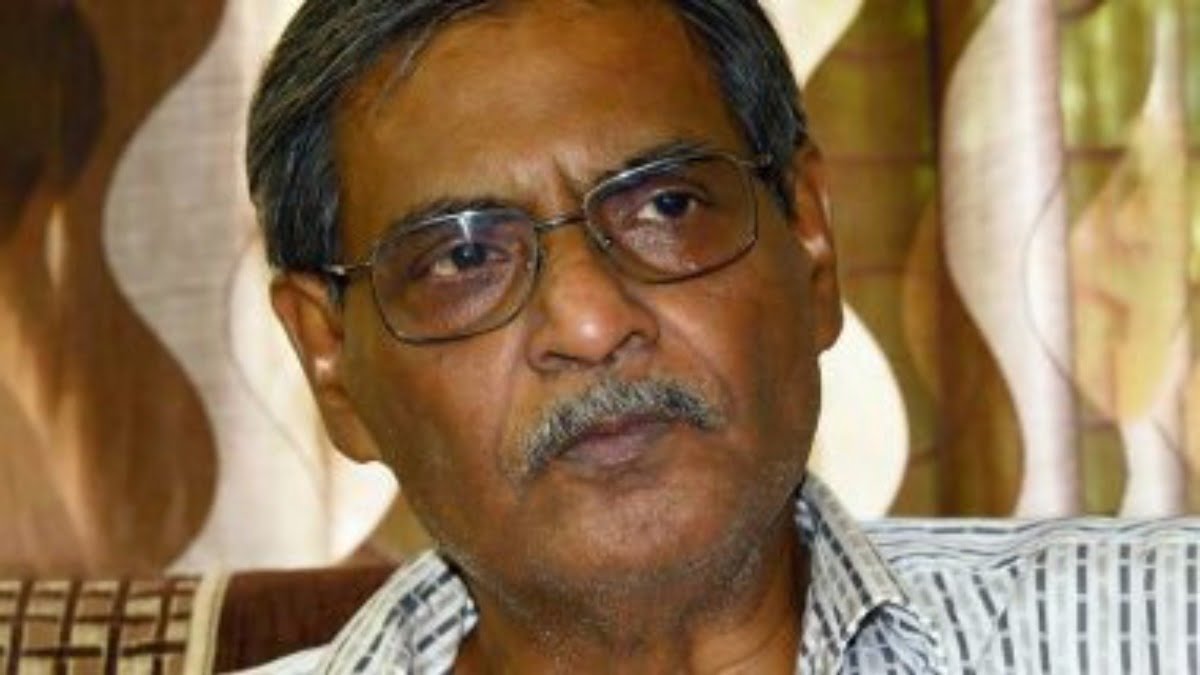 Eminent Odia producer and director Manmohan Mohapatra passed away at a private hospital, where he was undergoing treatment for a kidney ailment, on January 13. His first Odia film Sita Rati as a director in 1976, won him the National Film Award for the Best Feature Film in Odia and was screened at the International Film Festival in 1982, the first Odia film to be screened abroad. Besides, he had won eight consecutive national film awards for his films Nisiddha Swapna, Majhi Pahacha, Klanta Aparanha, Niraba Jhada, Sita Rati, Bhinna Samaya. The Odia movie, Niraba Jhada, directed by him had also won a national award. Mohapatra had recently received the Best Director award for the Odia film Bhija Matira Swarga. He had also directed a few Hindi films like Forbidden Love and Bits and Pieces starring Nandita Das, Rahul Bose, and Dia Mirza. 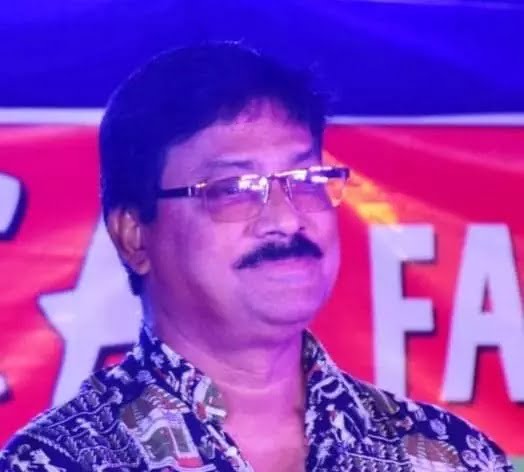 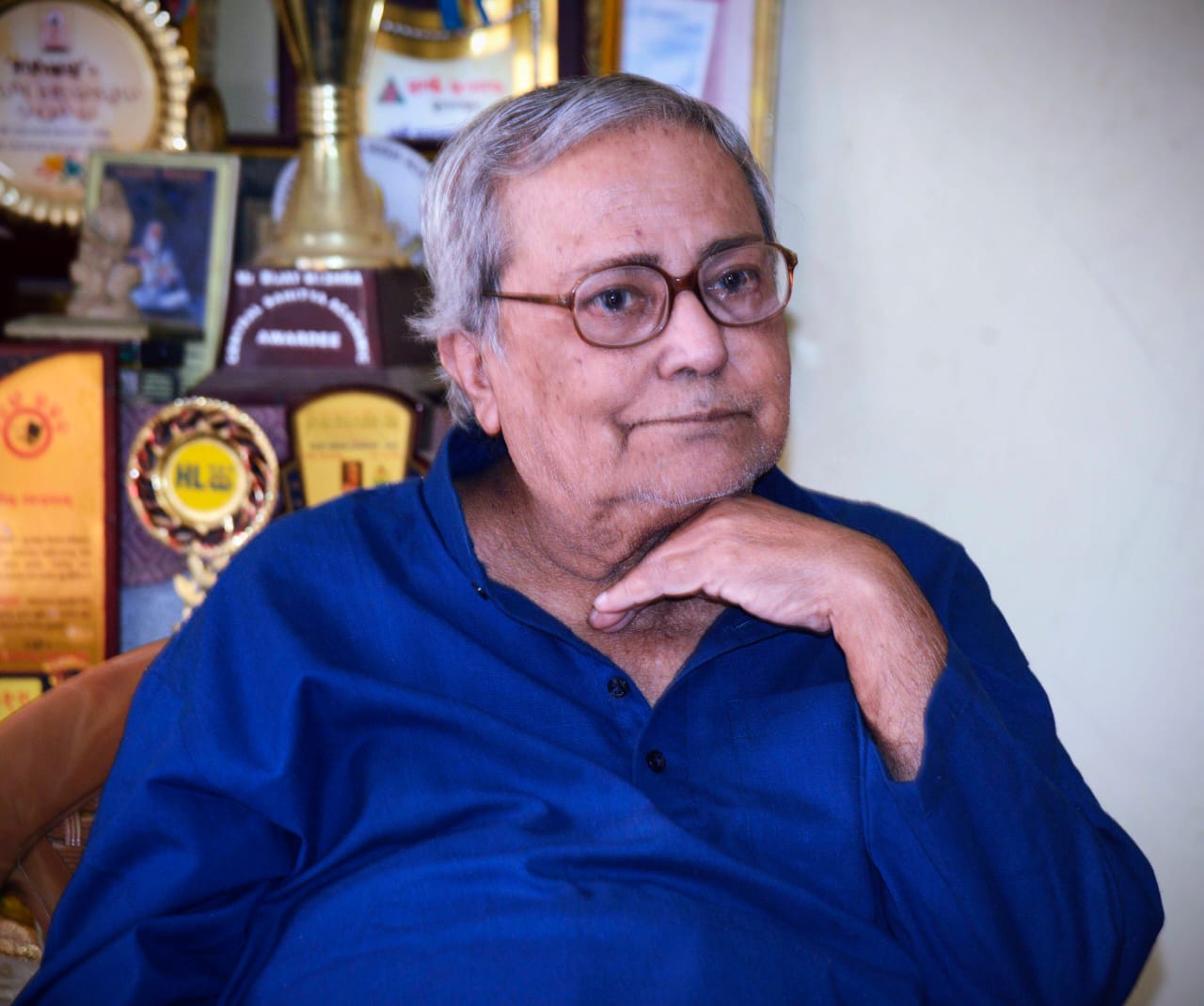 On April 26, noted dramatist, lyricist and screenwriter Bijay Mishra breathed his last in a private hospital in Bhubaneswar. One of the pioneers of the modern theatre movement in Odisha, Mishra was a recipient of Odisha Sahitya Akademi and Kendra Sangeet Natak Akademi Awards. He was conferred with the prestigious Jayadev Award for his lifetime contribution to Odia film industry during the 30th Odisha State Film Awards last year. Mishra had written over 60 plays and scripts of more than 50 Odia films during a career spanning over six decades. His two directorial ventures, Jajabara and Rajanigandha, have gained cult status in Odia cinema, while many of his dramas still run to houseful shows. 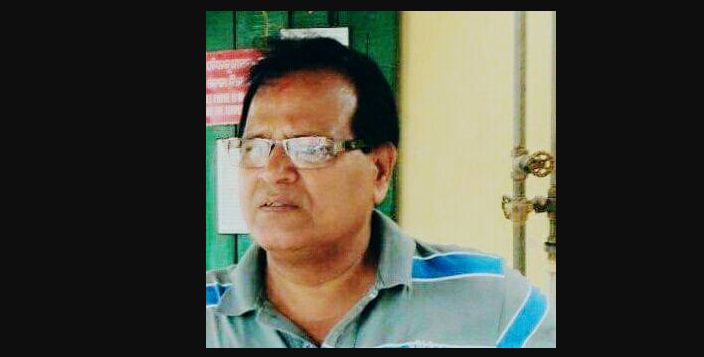 On August 16, veteran Odia movie editor Deben Mishra died after suffering a cardiac arrest. An alumnus of The Film and Television Institute of India (FTII), Pune, he started his career in Bollywood and was the assistant editor in the Amitabh Bachchan-starrer Muqaddar Ka Sikandar. After working in 30 to 40 films in Mumbai, he returned to Odisha in 1997. After working for a few years in a news channel, he made his foray into Odia film industry with Pua Mora Kala Thakura and won State Film Award for Paradesi Chadhei and Kasia Kapila. After working in 50 to 60 Odia films, he returned to television as the post-production head and creative head of an entertainment channel in 2007. In 2011, Mishra returned to Ollywood again and started working with film director Sabyasachi Mohapatra. 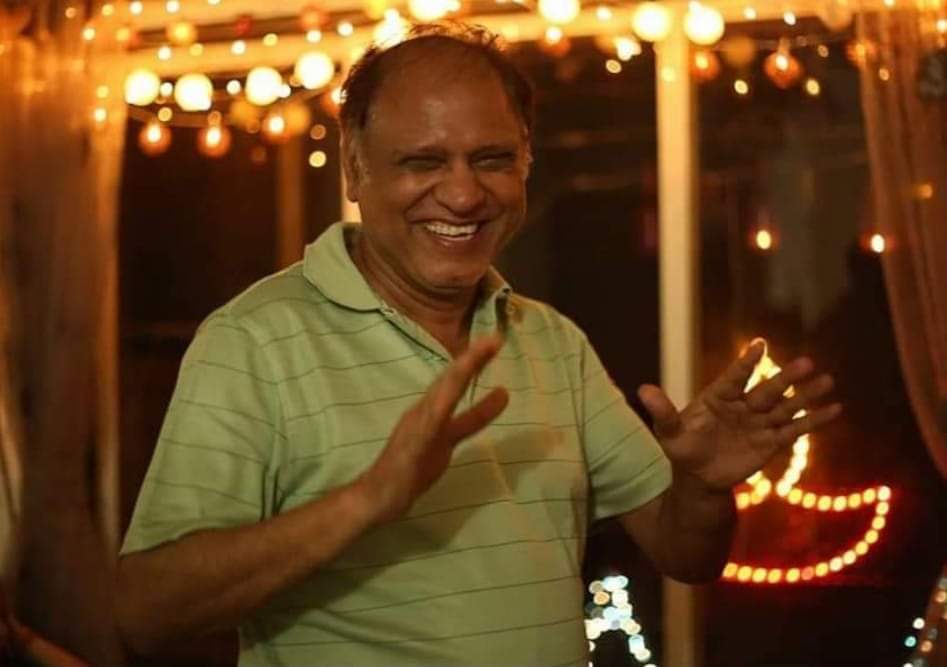 On September 9, Odisha lost two stalwarts of the film industry. Deben Mishra’s elder brother and cinematographer Gagarin Mishra breathed his last at a private hospital in Mumbai following a cardiac arrest. Mishra had worked in blockbuster Odia films like Phula Chandana and Nai Separi Kanaka Gori. He won the best cameraman award at the 24th State film awards, 2011, for Nai Separi Kanaka Gori. Apart from Ollywood, he had worked in Bollywood hits like Betaab, Wajood, Akayla, Tezaab, and Chaalbaaz. He also worked with National Geographic. 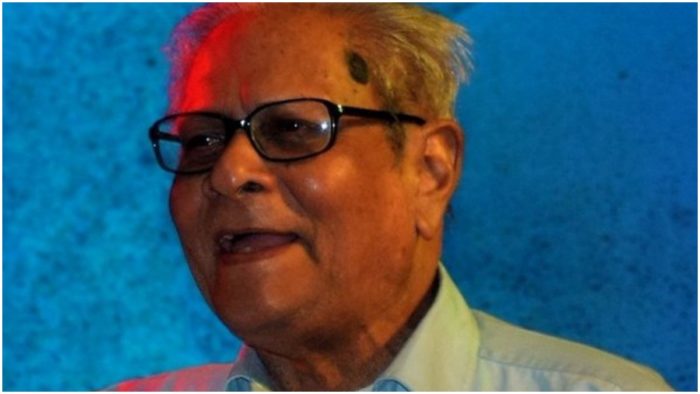 Lyricist and film director Sarada Prasanna Nayak breathed his last while undergoing treatment at a private hospital on the same day. The President’s Award and Jayadev Samman winner had reportedly tested positive for COVID-19. Nayak had directed the national award-winning film Lakshmi. He worked in several other movies, including Kaa, Stree and Sansara as dialogue writer and lyricist. He is the elder brother of noted music director Swaroop Nayak and late director-actor Parbati Gosh. 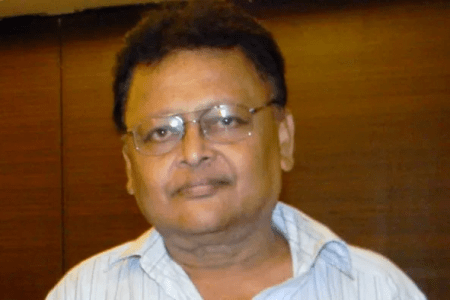 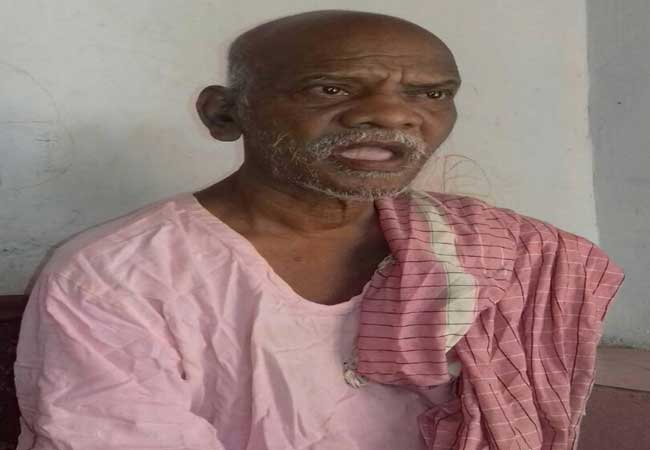 On December 7, noted lyricist and playwright Netrananda Barik passed away after a sudden illness at Khujenpali in Balangir district. A certified lyricist at Akashvani, he had penned the songs for Odia movie ‘Sala Budha’. He also essayed roles in acclaimed Odia movies such as Bhukha, Sala Budha, Sala Budha Ra Badla, Aadim Vichar and Pahada Ra Luha, among others. 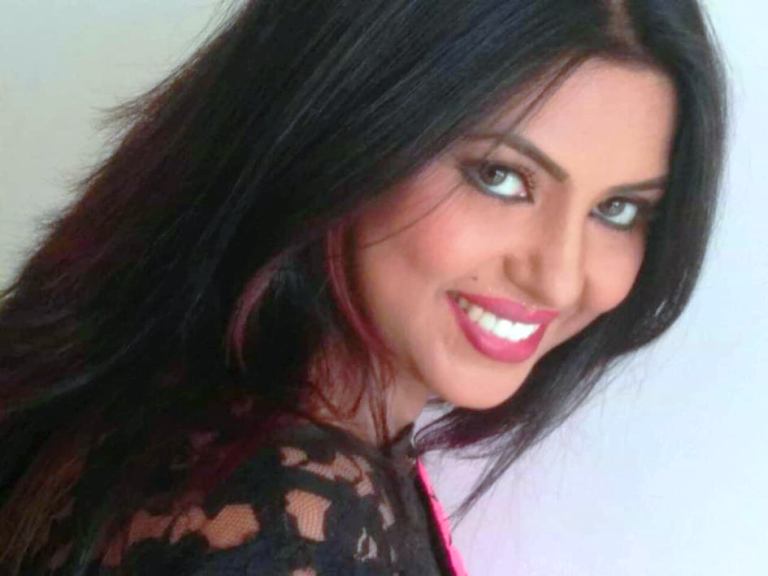 2020 also saw a young actress bidding adieu to the world. Deepa Sahu, who rose to stardom in Odia music videos in the late 90s and early 2000s, passed away at a private hospital in Bhubaneswar on July 27 after battling cancer. Famously known as the ‘album queen’, she was reportedly suffering from the third stage of uterus cancer for six years. She had also acted in several Odia films and television serials.

This Beer Is Made From Urine… Leaves A Honey-Like Aftertaste

Puri Heritage Corridor: It’s The Lord’s Wish, No One Can Stop It, Says MP Pinaki…